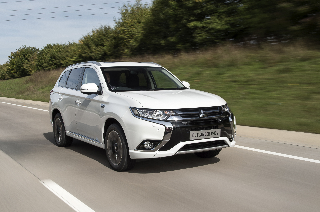 That’s driven by a sizeable shift towards plug-in hybrids and range extenders (which are categorised together by the SMMT). Registrations increased by 10,419 units on 2014 volumes – 76% of the total 13,656-unit uplift in plug-in vehicles registered during the year.

Plug-in hybrids totalled 18,254 registered vehicles in 2015, compared to 7,835 in 2014, largely due to the popularity of the Mitsubishi Outlander PHEV which took 41% of that volume. Almost two thirds (64.8%) of ultra-low emission vehicles (ULEVs) registered last year were plug-in hybrids or range-extended EVs, up from 52.9% a year previously.

Forthcoming changes to the Plug-in Car Grant, which come into effect on the 1st of March, will introduce lower financial incentives for plug-in hybrid and range-extenders compared to fully electric models, aimed at steering drivers towards vehicles which cover more of their annual mileage using electricity.

Hybrids which can’t be plugged in also showed rising demand last year. Registrations increased 19.5% to 44,580 units, with petrol-hybrids accounting for 91.3% of that volume (40,707 vehicles). The diesel-hybrid Mercedes-Benz E-Class and Peugeot 3008 were both discontinued in 2015.