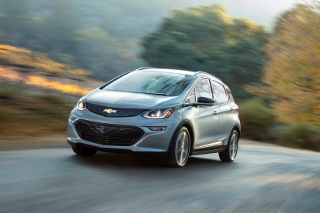 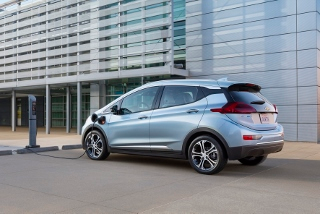 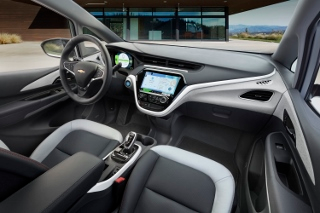 Named Bolt, as per the concept car shown at the Detroit Motor Show last January, it’s the longest-range electric vehicle outside Tesla’s model range, and will be available for sales and service at any of the 3,000 Chevrolet dealerships across the country.

The price includes government incentives, and brings it in line with the best-selling Nissan LEAF, which starts at $29,010 with the smaller of its two battery options.

Chevrolet has released few details about the drivetrain, but many of the parts, including the battery, are sourced through a strategic partnership with LG Electronics in Korea. Battery capacity is unknown, but the Bolt uses the Combined Charging System (CCS) and GM has confirmed that it can recover 80% of its capacity around an hour on a DC rapid charger, suggesting it could store around 50kWh.

Drawn from customer feedback on the Volt range-extender, technology on board includes an EV-specific navigation system which can plot routes to include charging stops and to maximise the available range, and owners will be able to compare driving styles online.

“It was less than a year ago that we revealed the Bolt EV concept and promised to deliver a long-range electric vehicle attainable by the masses,” said GM Chairman and CEO Mary Barra at the Bolt's CES 2016 debut. “The Bolt EV is capable of using the latest mobile app technology to enable car sharing, advanced GPS routing and gamification, all designed to enhance the ownership experience now and into the future.”

GM has not confirmed whether the Bolt will be available in Europe, but Opel chief executive Karl-Thomas Neumann has said that the company expects to replace the Ampera with another electric vehicle in the near future. With Chevrolet no longer available in the region, a European-market version of the Bolt could feature styling alterations to match Opel and Vauxhall models – as GM had done with the Ampera.