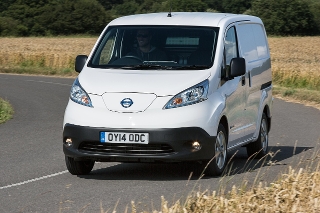 The company’s CEO, Richard Schooling, says the plug-in market has reached a crucial tipping point, where customers are more likely than ever to discuss the possibility of using them on fleet. It’s a trend he expects to increase as more brands enter the market with desirable models.

‘In particular, we’ll see further rapid growth in light commercial vehicles (LCVs) share of the EV market as more companies look to follow in the footsteps of companies such as Gnewt Cargo and Saga,’ he said.

Schooling also sees 2015 as the year where early adopters will look closely at hydrogen fuel cell vehicles, as they seek improved efficiency and reduced emissions, citing the launch of the Toyota Mirai as an important step in this direction.

‘Not only can hydrogen powered vehicles be re-fuelled faster than electric vehicles, but it can also power larger, heavier commercial vehicles,’ he explained. ‘As we have seen with electric vehicles, while the early adoption is expected to be small, this will increase over the coming years as the required infrastructure to support these vehicles improves and develops.’