MG Motor UK is targeting an eight-fold increase in fleet volumes by 2022, but focusing on electric and plug-in hybrid technology for its expanding model range rather than re-introducing diesel engines. 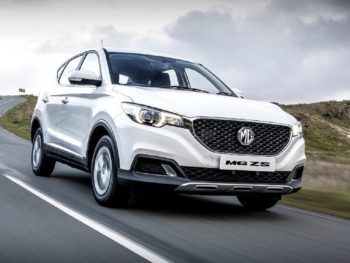 The MG ZS will get an electric version next year.

Electrification is to play a major role for its Chinese owner, manufacturing giant SAIC, as it expands its presence in Europe. MG will get a battery-electric version of the ZS SUV next year, which will be used to re-launch the brand in markets outside the UK for the first time since the final TF sport cars were sold in 2011.

Plug-in hybrid versions of the HS, a Nissan Qashqai-sized SUV due next year, and its as-yet-unnamed D-segment SUV stablemate coming in 2020, will follow around 12 months after petrol engines, according to MG Motor UK’s head of sales & marketing, Daniel Gregorious, both offering opportunities to grow in fleet. An electric roadster is also scheduled for launch in 2021.

“For us, the majority of our sales are in China which is all petrol, so the focus has to be on electric rather than a diesel for Europe,” Gregorious explained. “That’s the alternative for us. It’s not going into diesel and making that work, it’s going into electric – where the future is – and making that work for us, driving sales in the UK and European markets. It would be wrong to put a figure on it for the volume or percentage but [the share of plug-in vehicles] will be significant compared to the total mix of cars we sell.”