Jaguar Land Rover has chosen Pod Pointa as a preferred supplier as it ramps up its focus on electric and plug-in hybrid vehicles. 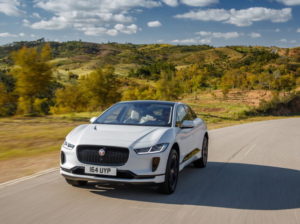 The deal means Pod Point can install chargers at retailers and customers’ homes for both the new full-battery all-electric Jaguar I-Pace and the Range Rover PHEV and Range Rover Sport PHEV plug-in hybrids.

As well as providing home and workplace charging, Pod Point runs one of the UK’s largest free public charging networks, which covers destinations such as retail parks, supermarkets, service stations and strategic motorway locations and enables EV drivers to charge for free at 90% of the 2,500 public chargepoints.

Erik Fairbairn, CEO of Pod Point, said: “We’re delighted to be working with Jaguar Land Rover, particularly following the launch of the I-Pace, which was a very exciting moment for our industry. Likewise, working with high profile brands like Land Rover as they launch their first plug-in models is another landmark achievement for Pod Point.”