Volvo has set out plans to position itself as a leading player in the global automotive business by 2025 – including generating half its annual sales from fully electric vehicles. 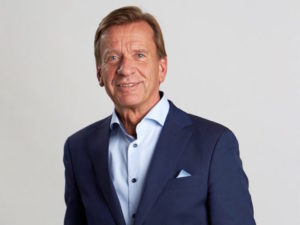 Outlined by Hakan Samuelsson, president and chief executive of Volvo Cars, the plans would also see a third of all cars sold to be autonomous driving cars by the middle of the next decade while half of all cars it offers to customers will come from its subscription service.

This would then revolutionise its relationship with its customers, with the aim to build a total of more than five million direct consumer relationships by the middle of the next decade.

Volvo will also drive profitability through increased sales to ride-hailing firms as well as across all three global sales regions, helped by a broader range of cars.

This includes the Polestar premium performance electric car brand, and Lynk & Co which Volvo Cars owns a 30% stake in.

“This paves the way for Volvo Cars to continue growing fast into the middle of the next decade,” said Samuelsson. “The company has been transformed since 2010 into a global premium car company. Now it is time for this transformation to be turned into a period of sustained profitability in line with other premium brands.”