Pod Point has been appointed as Nissan’s preferred supplier for homechargers in Norway, building on the firms’ existing partnership. 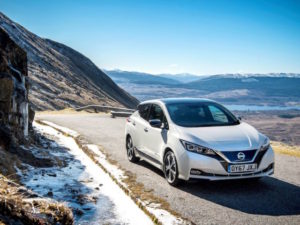 The three-year deal will see Pod Point install homechargers for Nissan’s range of plug-in vehicles. The chargepoint manufacturer has been an official supplier to Nissan UK since 2015 and has been working with Alliance partner Renault Norway since 2014.

Pod Point first began operating in Norway in 2014 and has now installed more than 6,000 units in there.

CEO and founder Erik Fairbairn said: “We already have a great relationship with Nissan in the UK and we’re delighted to expand our relationship with our new partnership in Norway. Of course, Norway is very much leading the way when it comes to EVs and everything we learn from this market is what we expect to see in the UK within the next five years.”