Polestar has named Hans Pehrson as head of research and development and electric propulsion strategy as it ramps up for first orders of its Polestar 1 plug-in hybrid. 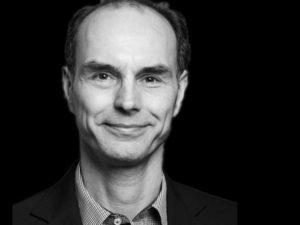 Hans Pehrson, head of Research and Development and Electric Propulsion Strategy at Polestar

Pehrson brings more than 30 years’ automotive industry experience, including positions such as technical director for the Volvo C30 Electric, manager of Volvo Cars Electric Propulsion System Engineering and most recently supporting the London EV Company with the new London Taxi.

His appointment will play a key part in the development of the new Polestar brand and its inaugural Polestar 1 594bhp plug-in hybrid, which is based on the same platform as the S90, V90 and XC90, which brings a pure electric range of 150km (99 miles).

Thomas Ingenlath, chief executive officer of Polestar, said: “Hans Pehrson has been a driving force in electric vehicle technology and development within Volvo Cars since the first consideration of electric powertrains. To have Hans running Polestar’s R+D team, and guiding the company’s Electric Propulsion strategy, is a great step forward in our future as the Electric Performance brand.”

The Polestar 1 will initially be available in the US, China, Germany, Sweden, Norway, and the Netherlands – with further markets to be announced.