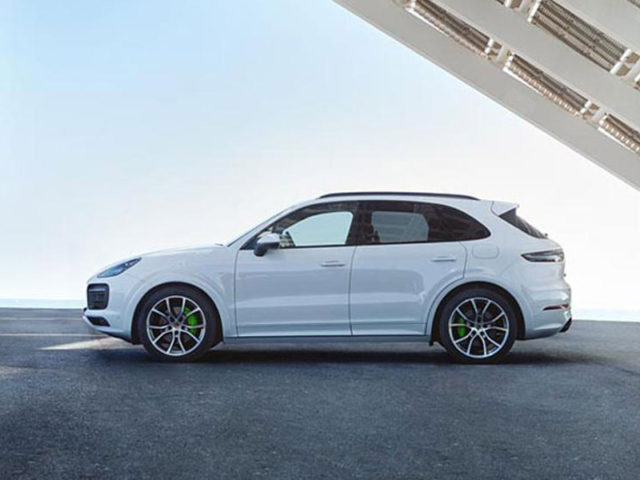 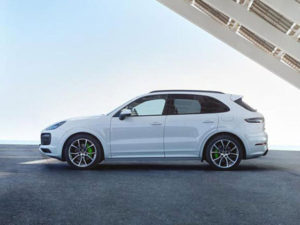 The new car builds on the predecessors high points, such as an increased electric-only range, new equipment options and yet a 3.5 tonne tow capacity.

The new PHEV, named Cayenne E-Hybrid, sports a 335bhp V6 petrol engine combined with a 134bhp electric motor. Together they produce a combined 456bhp and offer a combined economy of 3.4-3.2l/100km. Emissions account for between 78-72g/km CO2.

With 516lb.ft torque available from near zero rpm, Porsche says the car is capable of 0-62mph in 5 seconds onward to a top speed of 157mph. Range on electric power alone is 27 miles at speeds up to 84mph.

Charging the E-Hybrid’s 14.1kWh Li-ion battery (up 30% from the predecessor’s 10.8kWh) takes around 2.3 hours on a 32 amp charge point. When plugged into a regular 10 amp standard household-type socket, however, charging takes 7.8 hours.

Additional options for the Cayenne have been launched in tandem, including new head-up display, massage seats and 22-inch light metal wheels.