Porsche will not reintroduce diesel engines back into its range, claiming the fuel had a ‘secondary role’ and that it will instead focus on meeting growing global demand for hybrid and electric products. 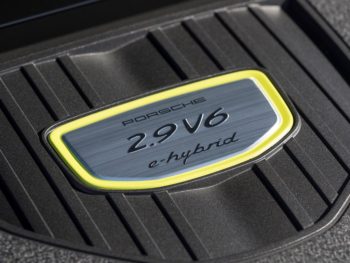 Hybrids have become a mainstream offer for Porsche.

The carmaker halted production of its diesel engines in February, but they play a limited role in its global sales. In 2017, 12% of Porsches sold worldwide were diesel powered, it said, while alternative drivetrains had recorded a significant uplift in Europe – almost two thirds of Panameras sold in the region (63%) were plug-in hybrids.

By 2022, Porsche will have invested €6bn (£5.4bn) in electric mobility, with a view to being able to offer hybrid or fully electric drivetrains in every model line by 2025. Its first electric sports car, the Taycan, will launch next year. It marks the end of less than a decade of diesel engines being available in the Porsche line-up – introduced in the Cayenne in 2009, but since also offered in the Macan and Panamera.

“Porsche is not demonising diesel,” said Oliver Blume, CEO of Porsche AG. “It is, and will remain, an important propulsion technology. We as a sports car manufacturer, however, for whom diesel has always played a secondary role, have come to the conclusion that we would like our future to be diesel-free. Naturally we will continue to look after our existing diesel customers with the professionalism they expect.”