Lexus has started taking pre-orders for the new ES executive saloon, with pricing around £1,000 less than the GS it replaces in Western Europe. 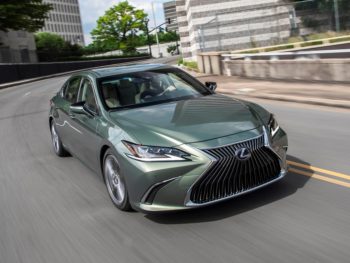 Revealed earlier this year, the ES is in its seventh generation but has never been offered in Western European markets before. It will be sold in the UK as a hybrid-only range, similar to the platform-shared Toyota Camry which replaces the Avensis next year. The ES 300h will offer fuel economy of up to 60.1mpg.

The GS will still be offered in markets outside Europe, but a spokesperson for Lexus said sales volumes were not high enough to warrant the development work needed to comply the latest Euro 6d Temp emissions regulations, which came into force on 1 September 2018. Last year, the company sold 428 GS saloons in the UK, compared to 4,269 NX SUVs.