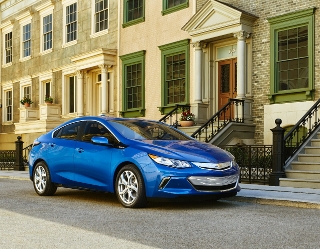 General Motors has yet to confirm whether a European-market version, as a replacement for the Vauxhall and Opel Ampera, will be offered, but as confirmed that a plug-in hybrid or electric vehicle will join the range soon. It's possible that this could be a version of the Bolt – a pure electric car with a range of 200 miles – which was recently confirmed for production.

The Cadillac ELR – a coupe based on the Volt – could also be available in Europe when the luxury brand re-launches next year. Like the Volt, this recently had a price reduction in the United States.

Steve Majoros, director, Chevrolet Marketing, said: “The next-generation Chevrolet Volt delivers more technology, the ability to drive further between gas fill-ups and now with even more value to our customers. It’s what our loyal Volt owners told us they wanted.”