Almost six in 10 (59%) of fleets not looking to go electric say the lack of public charging infrastructure is the biggest barrier to EV adoption. 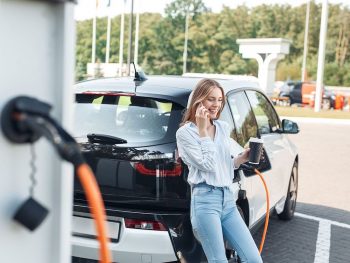 When asked “What are the constraints you face in using battery electric vehicles?”, 59% cited public charging

However, the research by Arval found that other barriers for fleets are becoming less significant, indicating that businesses and drivers are increasingly accepting electric vehicles.

Its 2021 Mobility Observatory Barometer asked the same non-EV adopter group, “What are the constraints you face in using battery electric vehicles?” and found that after the 59% who cited public charging (down from 67%), 43% then mentioned the purchase price being higher than that of a petrol or diesel car – down from 65% last year.

This was followed by a limited range of EVs – down from 64% to 39% – and then no charging being available at the employee’s home, which fell from more than half (55%) last year to just 37% this year.

Shaun Sadlier, head of Arval Mobility Observatory in the UK, said that while public charging is seen by businesses as the biggest problem when it comes to EV adoption, employers can help solve charging issues.

“They can choose to invest in office and home charging, for example,” he outlined. “However, difficulties surrounding public charging are very much in the hands of others, but the regular updates on significant investment in the charging infrastructure indicate that this will become less of an issue in the future.”

Sadlier added that public charging is very much an issue for the four out of 10 motorists who do not have driveways and rely on third parties such as local authorities and commercial charging providers to fit facilities on the streets near their homes.

“While this is not happening as quickly as these fleets would like, the continued investment in new rapid-charging infrastructure will make operating an EV much easier for those who can’t charge at home in the future.”

Sadlier added that the fact fleets now regard most barriers highlighted in the survey as smaller problems showed that they are becoming more and more accustomed to, and enthusiastic about, EV adoption.

“The technology, which was previously new to many of them, now holds fewer fears as they can see more and more of these vehicles being successfully used day-to-day on their own fleets, by other businesses, and by private motorists.

“We fully expect these objections to fall even further or disappear in next year’s Arval Mobility Observatory Barometer.”