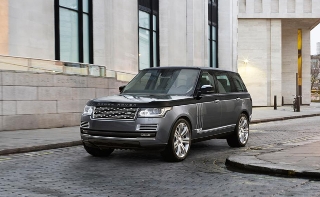 The changes come as the carmaker reveals the £150k SVAutobiography flagship model ahead of its debut at this week’s New York Auto Show. The new SVAutobiography has been exclusively produced by Jaguar Land Rover Special Vehicle Operations and is the most luxurious Range Rover ever, as well as the most powerful production model with a specially turned 543bhp V8 Supercharged engine married up to an eight-speed ZF automatic gearbox.

Under the 2016 Model Year changes, the carmaker has announced improved economy for the SDV6 Hybrid and SDV8 powertrain derivatives, with the revised SDV6 Hybrid now offering emissions down from 169g/km to 164g/km and economy of 45.6mpg compared to 44.5mpg previously.

Other changes across the Range Rover line-up include a new, improved Surround Camera System with enhanced graphics and an integrated washer jet for the rear camera.