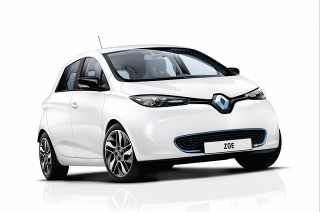 The ZOE R240 will be sold alongside the existing model, recognising that there are two distinct user groups for its electric supermini. This new version is tailored for those who don’t need rapid charging ability for motorway trips.

It uses a new drivetrain, previewed late last year, which features air cooling and improved packaging to reduce overall volume. The all-new motor produces the same power, yet consumes less energy as a result of improved electronic management, contributing to the longer range.

Charging is optimised for urban drivers. Its new Chameleon charging system means it takes 10% less time to charge when connected to low output power supplies such as a domestic or workplace wallbox, improving flexibility when using inner-city infrastructure.

However, the ZOE R240 does not support rapid charging at 43kW like the version offered to date. Though it can still connect to the rapid charging units, it takes a maximum power output of 22kW and reaches 80% capacity in 60 minutes – twice as long as its counterpart.

UK pricing and availability for the ZOE R240 will be announced later this year.

Previous: Audi to rival BMW i8 with electric R8 supercar
Next: Hitachi Capital adds BMW i3 to internal fleet