Renault and Brilliance have taken the next steps in their plans for conventionally-powered and electric LCVs in China with a new agreement with Liaoning province. 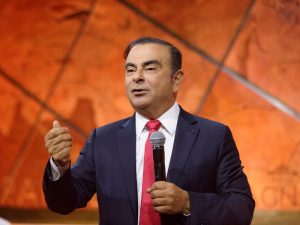 The carmakers formed a joint venture at the start of 2018 to manufacture and sell LCVs under the Jinbei, Renault and Huasong brands with the goal of achieving 150,000 sales annually by 2022 and helping to drive the launch of electric models; China is the biggest and fastest growing EV market in the world

Now, the Renault-Brilliance-Jinbei Automotive Co JV has announced plans for seven LCVs for China including three electric LCV models, starting in early 2019. This will be supported by an agreement with the local government in Liaoning province, where JV is headquartered and where the manufacturing operations will be based.

The agreement sees the city of Shenyang and Liaoning province commit support to vehicle projects, new energies and R&D activities, industrial development, promotion of local suppliers and product development, in recognition of the crucial role that the JV will play for the local economy.

Renault chairman and CEO Carlos Ghosn said: “Ten months after our initial launch of our joint venture in China with Brilliance, we have a local management team in place, LCV product plan to deliver further growth with seven LCVs for China including three electric LCV models, starting in early 2019. Our agreement with the local government in Liaoning province will strengthen our foundation for growth.”