Renault has replaced diesel versions of the Captur compact SUV line-up with a 145hp hybrid, available alongside the plug-in version launched last year. 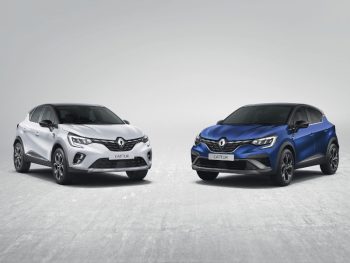 The Captur E-Tech shares its hybrid system with the Clio. It’s an in-house design which uses two electric motors to assist a 1.6-litre petrol engine and charge a 1.2kWh battery under the boot floor. All standing starts are done using electric power, and the engine has four gears for efficient higher-speed driving.

Fuel efficiency is almost identical to the 95hp and 115hp diesel engines available when the Captur launched last year. The system returns up to 56.6mpg with CO2 emissions from 114g/km, equating to Benefit-in-Kind liability of 26%, and drivers can select an EV mode to force short bursts of electric driving.

The Captur E-Tech is available to order now, and offered in the mid and high-spec Iconic, S Edition and R.S. Line trims, priced from £24,500 to £27,695 on the road. That’s around £600 more than the 140hp petrol automatic, but with a 20g/km reduction in CO2 emissions, and £5,000 less than the plug-in hybrid version which has been available from launch.

To find out more about the E-Tech system, click here.