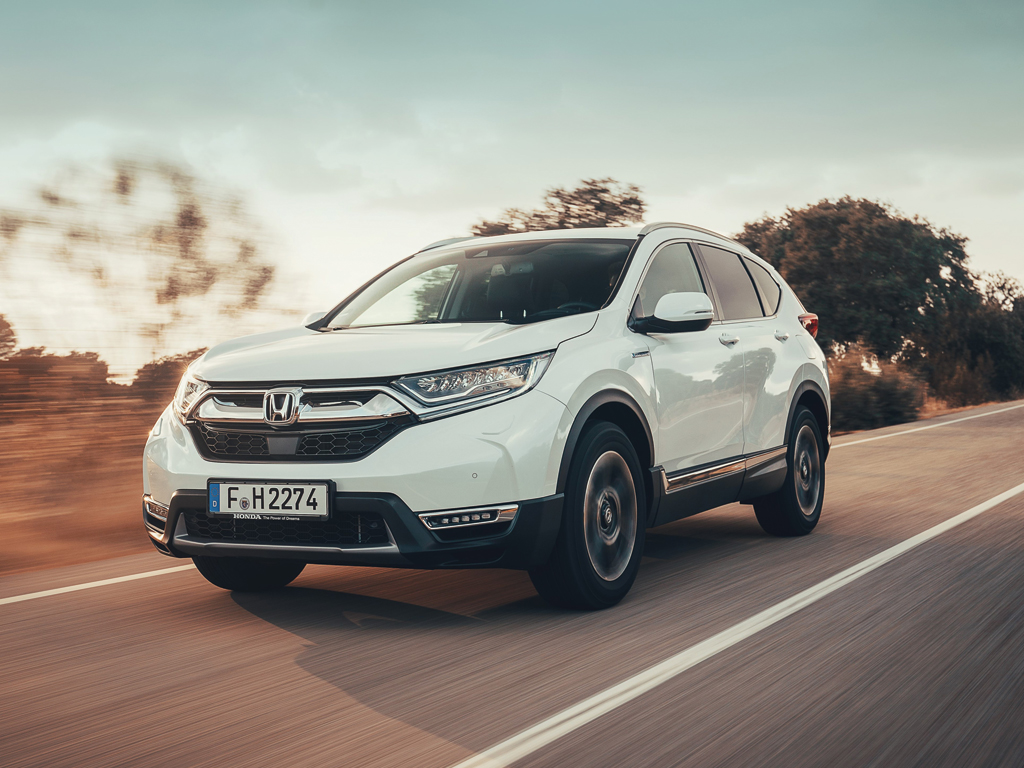 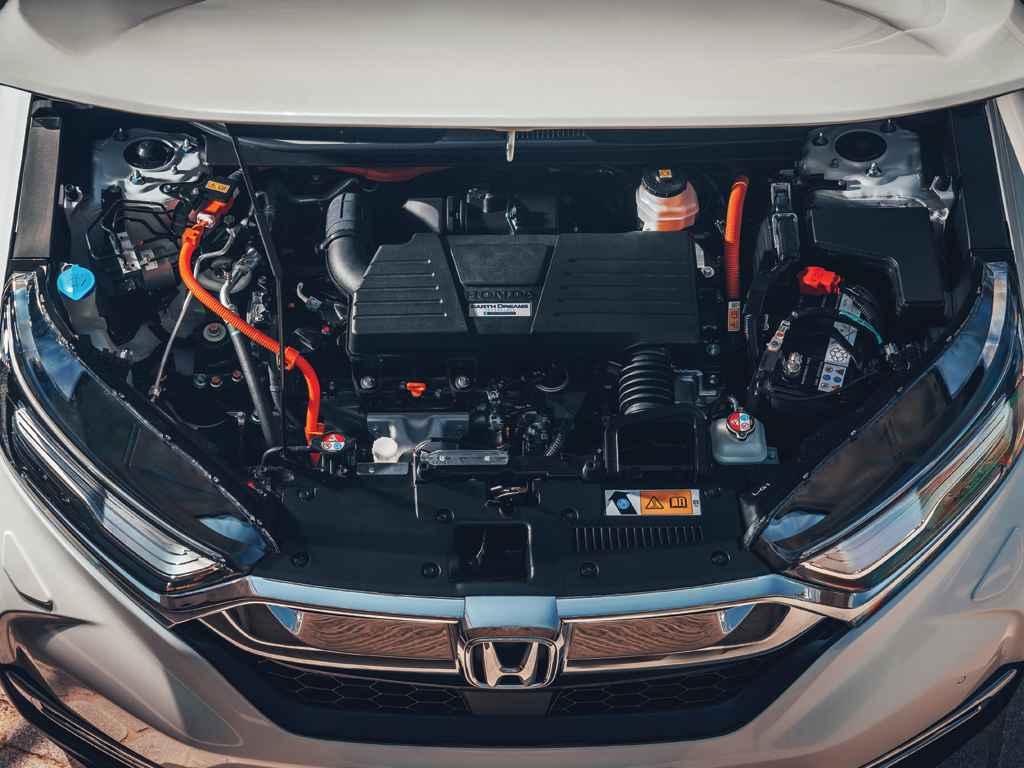 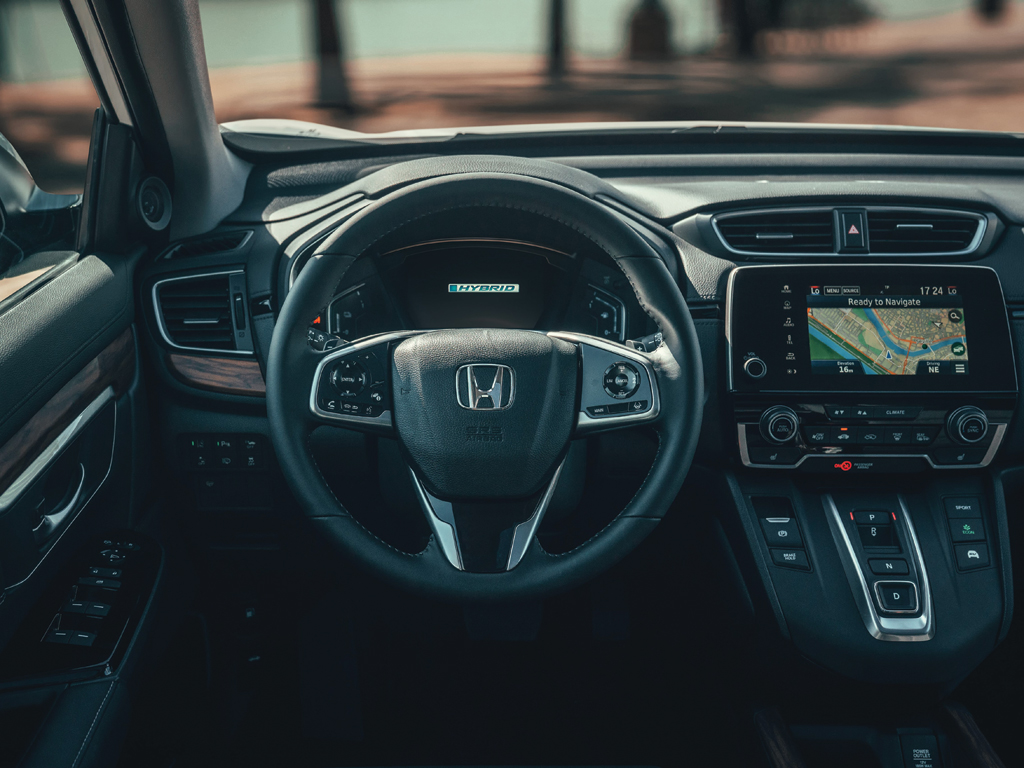 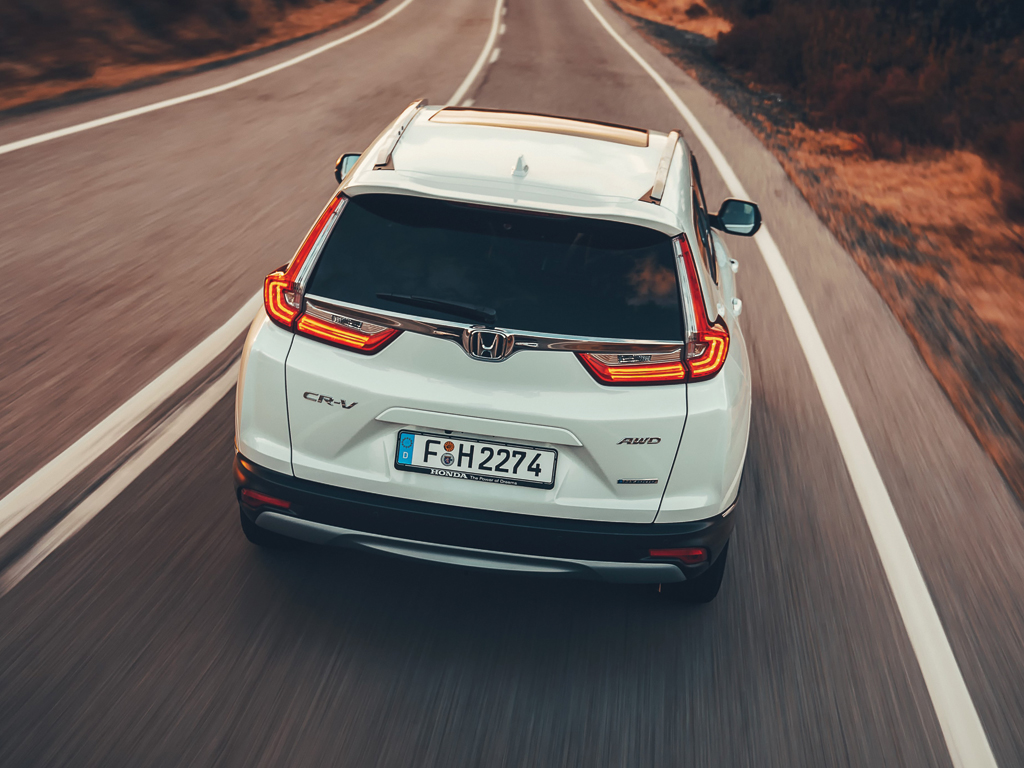 The new i-MMD hybrid is Honda’s most important powertrain in 10 years, we’re told by David Hodgetts, Honda Motor Europe’s MD. Importantly it is set to take the reins from diesel for a large proportion of Honda customers, and replaces the company’s ageing IMA (Integrated Motor Assist) hybrid system. The new CR-V is the company’s first European car to receive the new powertrain and marks the first time Honda has released a hybrid SUV in Europe.

Delving into the tech is a somewhat complicated affair. The system operates two electric motors, a 2.0-litre i-VTEC Atkinson cycle petrol engine, a small lithium-ion battery and a single speed reduction gear in place of a transmission. These are clutched to offer hybrid, petrol-only and EV modes, which differs from competing hybrids that don’t offer direct drive and instead rely on a transmission, for example the divisive Toyota hybrid e-CVT.

Consequently, Honda’s i-MMD is a three-prong tool: a petrol, full hybrid and battery-electric car. The system is additionally available in either front- or all-wheel drive variants, offering improved road holding that Honda believes will split sales 50:50.

Happily, it’s a capable all-rounder, though there are obvious compromises. Despite usually driving off in electric mode, the lack of an electric heater means petrol is used up to keep passengers warm. That electric mode only lasts a mile or so too, due to a small capacity battery, before petrol power is required for hybrid mode. And while the petrol-direct drive mode is perhaps the most convincing of the three, the Atkinson cycle engine isn’t the most potent 2.0-litre out there.

Despite the obvious under-bonnet complexity, all the driver needs to do is push the ‘D’ button (no old-fashioned levers here) and away you go.

However, that jack-of-all-trades ability has meant certain trade-offs – namely the lack of the new seven-seat option and a 750kg max tow capacity, for both the FWD and AWD. Ignoring those reasonably rare use-cases, the key benefits include running costs and refinement. Official fuel economy of 53.3mpg is similar to a diesel, while CO2 is lower than competition like the Toyota Rav4. As for refinement, Honda has employed some clever trickery including noise cancellation and Active Sound Control technologies on top of the powertrain’s serenely smooth and silent operation.

Driving the car is unlike most hybrids on the market that can take a bit of getting used to. The engine is impressively isolated from the cabin and never proves intrusive, while its comfortable ride ensures seamless progression.

Great efforts have been made to not make the hybrid unaffordable, with it commanding a mere £800 premium over the petrol model. There are four trim levels to choose from; the AWD top-spec EX is the expected bestseller, though each grade comes with plenty of kit including Honda Sensing active safety technologies that help make this the safest CR-V yet.

Disadvantages: Fuel economy not as good as expected Reduced versatility compared to diesel

Refined and economical, Honda’s new hybrid should prove popular with fleets and easily matches the competition, though there are a few drawbacks compared to out-of-favour diesel power.