A project to install 88 free rapid charging points across West Yorkshire is to get underway in 2019. 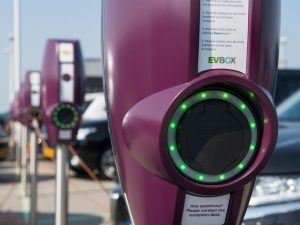 Engie will install and operate the new charging points

The project is being run by West Yorkshire Combined Authority, which has appointed energy and services company Engie to install and operate the new charging points for at least the next decade. Specific locations are still being determined but the combined authority said each charging point will have two charging bays, with one allocated for taxis and private hire vehicles – with reservations available – and the other for public users. The points will be free to use until late October 2021 and are said to mark the second biggest project to provide charge points for taxis outside of London.

Cllr Kim Groves, Chair of the West Yorkshire Combined Authority Transport Committee said: “Making half the bays exclusively for the use of taxis and private hire vehicles could result in up to 500 diesel taxis and private hire vehicles being converted to hybrid and pure electric versions by 2020, which would reduce Nitrogen Dioxide emissions from taxis by as much as 18%, in line with our target of developing Clean Energy and Environmental Resilience for Leeds City Region.”

The charge points are being installed with the help of almost £2m of funding from the Government’s Office for Low Emission Vehicles (OLEV) following a successful bid, while the combined authority and its district partners, Bradford, Calderdale, Kirklees, Leeds and Wakefield councils are providing £1.2m of match funding.

Cllr Maureen Cummings, Cabinet Member for Environment and Communities at Wakefield Council, said: “This is a great initiative which supports the growing interest in electric vehicles which are kind to the environment, have no exhaust emissions and help to improve air quality.

“Having these charging points in place in our district and elsewhere in West Yorkshire will mean these vehicles are a practical alternative to petrol and diesel cars and I hope will encourage more people to consider it as an option.”