In the 20 years since Toyota pulled the covers off the original Prius, it’s shown itself to be a manufacturer with a taste for doing things a little differently. Particularly with Lexus; a premium brand with no diesel engines, and decidedly non-conservative styling, competing in segments where both are the norm. 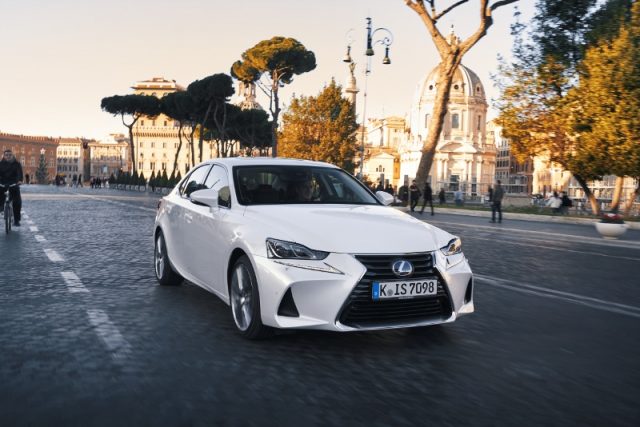 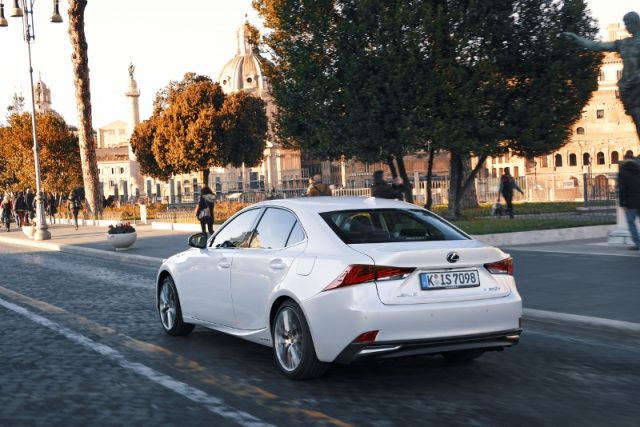 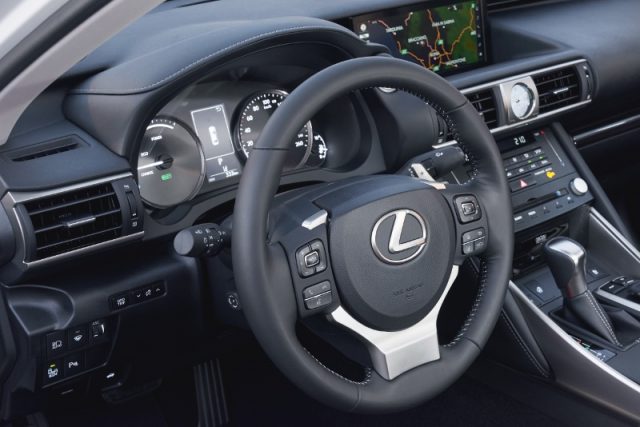 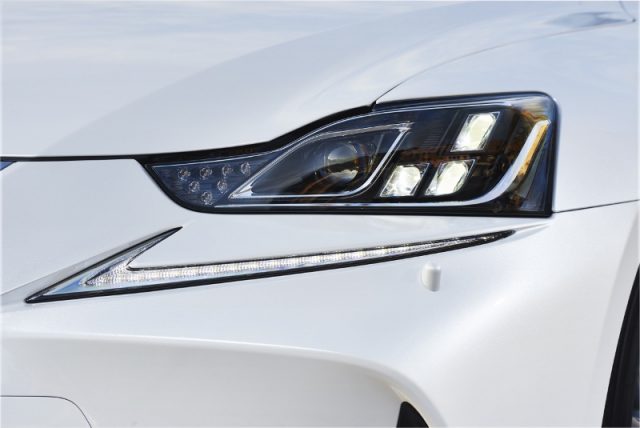 Though it was the CT that really began to broaden Lexus’s corporate appeal, the latest IS was a big part of defining what’s now a range-wide identity. It made hybrid technology competitive in the compact executive segment, both in terms of price and performance, and with its split headlights and slashed bodylines it looked as different as what was under the skin. Given everything that’s happened with diesel since, in some ways it was ahead of its time at launch, and we’re only now due to see that potential grow.

Those aren’t qualities Lexus has backed away from here; there’s no sudden back-pedalling and a diesel engine to appease the more stubborn hybrid doubters, and no let-up in that unmistakeable styling with the late-life update. Quite the opposite; the new front bumper and reprofiled grille emphasise the IS’s sharp edges, and the headlights are an even more complicated shape than they were before. Being different is still in vogue.

It’s a heavier update than it looks. Ongoing benchmarking of the competition has pushed Lexus to alter the bodyshell, using different bonding methods to make it stiffer and more precise on the road. The suspension setup is stiffer and lighter too, particularly at the front end, and the steering is derived from the system in the GS – the aim is to offer a sharper, more rewarding drive and more feedback.

The hybrid system is pretty much unchanged, having been updated for Euro 6 emissions requirements a couple of years ago. It combines a 2.5-litre, 178bhp petrol engine with a 141bhp electric motor, plus a second motor-generator which starts the engine and converts otherwise wasted energy to an electrical charge, stored in a battery under the boot floor. There’s a generous-sounding 220bhp on offer when needed, and the electric motor can propel the IS for very short distances without burning a drop of fuel, depending on battery charge and the power required.

It’s a mixed blessing; the IS 300h doesn’t deliver the sort of straight-line performance that the brochure figures suggest, the engine whirring reluctantly into life while accelerating, and offering little of the punchy torque delivery of a diesel engine. For all the reassuring poise that the chassis delivers, there’s not a lot of fun to be had with what’s under your right foot.

On the flip side, it’s a lovely car to cover long distances in. Incredibly quiet most of the time, doing away with the rumble and vibration of diesel power and slipping imperceptibly between petrol and electric power. Hybrid doesn’t suit the sporty-looking IS as well as it does the GS, but drivers who can avoid over-burdening the petrol engine should see decent fuel economy.

Lexus knows, particularly with the 3% BiK surcharge on diesel engines, that it’s got a real opportunity to lure company car drivers here, and the IS feels tuned for business use. The Advance grade fills outs the aggressive bodywork with 17-inch wheels, and gets full leather, adaptive cruise control, and heated and ventilated seats. Satellite navigation is standard too, though it’s not a particularly intuitive system to use, and feels a generation behind what rivals are using.

But the IS is still bucking trends in the compact executive segment; a conventional hybrid up against diesel engines and a growing number of plug-ins. But, in its latest guise, perhaps its biggest talent is offering as close to that familiar diesel ownership experience, and being utterly unchallenging with it.

In a segment with heavy user-chooser volume, the IS scores well for its dramatic styling, high levels of standard equipment and low Benefit-in-Kind liability. But tax advantages for plug-in hybrids could lure diesel-ditching drivers elsewhere.