By Alex Grant / 6 years ago / New Cars, Road Tests / No Comments
As improbable as it might have sounded until fairly recently, Tesla has managed a couple of impressive feats with the Model S. Not only is this tempting drivers out of established premium brands, but it’s doing so without the backup of a petrol or diesel engine. 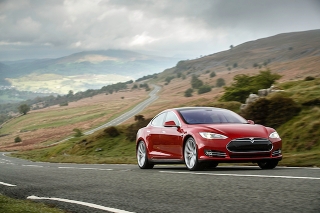 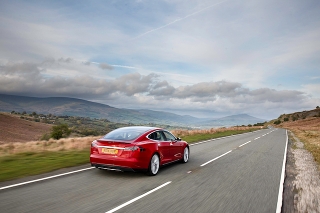 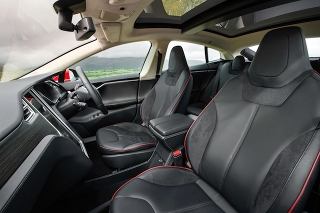 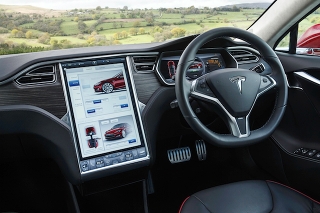 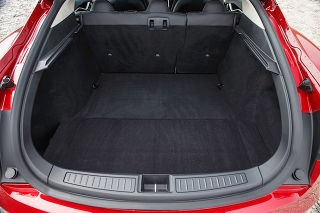 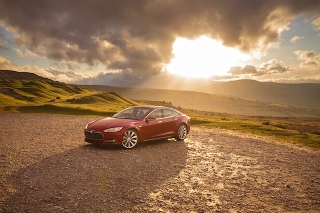 There are clear financial and tax advantages for business users and, at the core of the range, the 85kWh version makes the most sense for fleets. It’s an £8,000 upgrade from the entry-level model, but the larger battery capacity adds 70 miles to the range and includes free lifetime access to Tesla’s Supercharger network. In other words, it ticks the two important boxes to make an electric vehicle viable – plenty of range, and the ability to recharge quickly.

This makes it unlike any other electric vehicle on the market. It’s possible to get into the Model S and just drive it normally, stopping to charge at realistically long intervals and not having to be overly gentle with the throttle or limit the use of climate control. Typical range to a full charge is around 250-260 miles on the motorway and, as Tesla expands its Supercharger network coverage, it’s only going to become more usable.

But what’s really interesting about the Model S is that the Silicon Valley thinking extends far beyond the drivetrain. The dashboard is almost buttonless, with the controls moved to a 17-inch touchscreen angled slightly towards the driver. It’s as intuitive as a tablet to navigate around and responds instantly to inputs, which means it quickly becomes second nature.

This also makes it possible to add new features via over-the-air updates. The Model S recently gained a pair of navigation bolt-ons which can plan routes to include the quickest available charging points, aimed at quashing range anxiety. Software updates will also build on the optional AutoPilot sensor package, a new option for 2015, which already gives the Model S driver assistance features to match others in its class and could enable partial autonomy too.

Designed as an electric car, there’s no compromise on practicality elsewhere. It has a large boot, the cabin is spacious and comfortable with no transmission tunnel to affect rear legroom, and there’s a separate luggage compartment under the bonnet. With 376bhp and a flat torque curve, it’s an effortless long-distance car and the combination of electric drive and aerodynamic body make it incredibly refined too.

For all the technology on board, though, what really impresses is how it just functions like a normal car. It has a large boot, the cabin is spacious and comfortable with no transmission tunnel to affect rear legroom, and there’s a separate luggage compartment under the bonnet. With 376bhp and a flat torque curve, it’s an effortless long-distance car and the combination of electric drive and aerodynamic body make it incredibly refined too.

On the downside, Tesla has taken the unusual decision to deprive the Model S of any really useful cabin storage besides the glovebox. There’s a large bin under the dashboard, which this year gained rubber strips to hold phones in place, but nothing in the armrest and no door pockets. An optional centre console is on the way, though.

Tesla could have been setting itself up for a fall by targeting the most exacting end of the market, but the Model S is an impressive first shot at the executive sector. Ongoing improvements in quality and additional driver assistance technology introduced this year, set to be bolstered by software updates in the coming months, mean this seemingly improbable newcomer is a very interesting alternative.

Fast, luxurious and incredibly refined, the Model S manages to be an aspirational luxury car and an excellent electric vehicle with it. This might be the newcomer, but it’s setting high benchmarks for the next generation of plug-ins.