Seat’s performance sub-brand, Cupra, could debut the carmaker’s first plug-in hybrids, with the differentiation from its parent brand giving more potential to conquest from premium marques, according to UK MD, Richard Harrison. 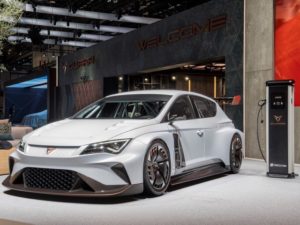 Harrison told Fleet World that it was “not a massive issue” having no plug-ins at the moment, adding that the company’s traditional focus on small and petrol cars meant changing attitudes to diesel hadn’t put plans off track. The carmaker was one of the UK’s fastest-growing brands last year, including a 49.4% increase in true fleet registrations.

Cupra, launched as a separate high-performance brand last month, gives it an opportunity to grow that customer base even further: “If you consider people who are driving premium [brand vehicles] but want a change, going to Seat for some of those is a step to far, but Cupra would be an interesting thing for them to do. We’ve got to take our time, and develop Cupra as part of the Seat family, and by letting it breathe on its own we’ll attract more people and benefit the Seat group.”

Which also puts Cupra in a good position to debut new technology, including electrification. Harrison said Seat has “plans afoot to phase in hybrids in the future” – and the Cupra E-Racer is said to be a showcase of its technological capabilities; a 671bhp fully electric touring car, based on the petrol Cup Racer.

“Where would it make commercial sense to put a hybrid system; on Ibiza at £14,000, or a Cupra Leon at £30,000? Will Cupra have hybrids? It makes more sense for us to go that direction, and as the technology becomes cheaper to produce it filters down into the smaller cars.”