Toyota has previewed its forthcoming Mirai hydrogen fuel cell vehicle with a new concept that shows how the second-generation model advances the game in styling, performance and practicality. 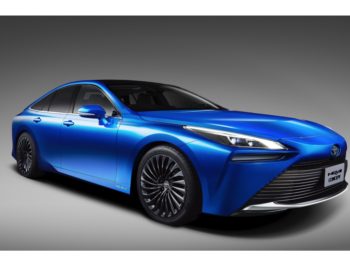 Due for launch in 2020, initially in Japan, North America and Europe, the new Mirai is being targeted as much more than just an eco car, and the concept – which debuts at the Tokyo Motor Show – indicates how the styling will have much more of a mass-market appeal. The carmaker says it’s been conceived as a car that people will want to own because of its performance and looks, not just because it is an FCEV.

Built on Toyota’s new modular TNGA platform, the second-gen model will retain the original 2014 Mirai’s four-door saloon layout but will offer space for five passengers instead of four alongside claimed superior handling agility and responsiveness, also aided by the switch to rear-wheel drive and a lower centre of gravity.

It will also feature the latest development of Toyota’s fuel cell electric vehicle (FCEV) technology; details have not been revealed but Toyota says it will offer increased efficiency, with driving range extended by up to 30% compared to the c.300 miles from the current Mirai thanks to improvements to the fuel cell system and the use of larger on-board hydrogen tanks.

Key interior elements include a 12.3-inch centre display and an instrument panel that wraps around the driver.