Shades of grey: The road to electric mobility

The UK government’s proposal to ban the sale of conventional petrol and diesel vehicles by 2040 isn’t as daunting as it seems – there’s already a huge spectrum of electrified drivetrains to suit most fleet needs, explains Alex Grant. 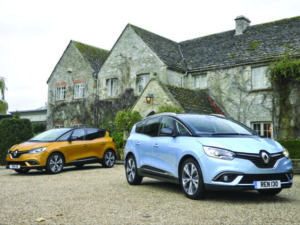 What is it? Essentially a more powerful start/stop system, enabling the engine to switch off for longer periods – including while the car is moving. A small motor assists the combustion engine under load, doubling up as a generator and charging a compact battery which supplies power to on-board systems while the engine is switched off.

Pros: A relatively cheap way to improve fuel economy, for petrol and diesel engines, with no adjustment on the driver’s part. Renault’s Hybrid Assist system on the Scenic, for example, adds £1,000 to the list price and cuts CO2 emissions by 6% (to 94g/km).

Cons: Mild hybrids can’t be driven just using the electric motor, which limits the CO2 savings they can offer.

When? Expect most large and medium-size cars to feature mild hybrid technology before the end of the decade, in order to reach the EU’s 95g/km fleet-wide CO2 target by 2021. Volvo has already confirmed it will use the technology on all new models from 2019. Ricardo expects most cars on the road to at least feature mild hybridisation by 2030, 10 years ahead of DEFRA’s proposed ban on “conventional” petrol and diesel drivetrains. 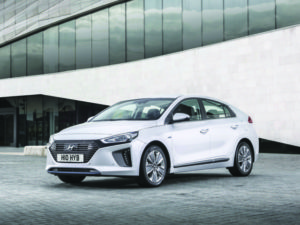 What is it? An internal combustion engine augmented by one or two motors, which are powerful enough to drive the car short distances using only electricity. The motor(s) also function as generators, using regenerative braking to charge the high-voltage battery.

Pros: Electric driving without needing to plug in, and especially well-suited to urban driving where most off-the-mark acceleration can be done using the motor, rather than the engine. The newest hybrids can also rival diesel fuel economy at motorway speeds.

Cons: Hybrids are often no more efficient than a diesel engine under mixed driving. There’s also been limited tax advantages to this technology in Europe, though changing attitudes and tax reform for diesels may shift whole-life costs in their favour over the coming years.

When? Already familiar, SMMT data shows more than 21,000 hybrids (excluding plug-ins) were registered in the first seven months of 2017. However, growing electric ranges for plug-in hybrids and resulting tax advantages could shift demand, and manufacturer R&D, elsewhere. Audi, BMW and Mercedes-Benz have all moved to plug-in hybrids in their newest model lines. 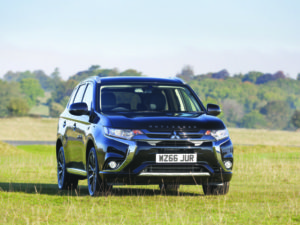 What is it? A full hybrid system with a larger, mains-rechargeable battery, typically offering a fully-electric range of between 20 and 30 miles.

Pros: CO2-based tax incentives and potentially high fuel economy, without the range and spontaneity compromises of a fully electric vehicle. Plenty of choice, too.

Cons: Limited electric ranges, long charging times, and most rely on high-performance petrol engines once that range is exhausted. Real-world benefits rely on regular charging and finding drivers who can use them effectively. Arguably, those with suitable commutes could also go fully electric.

When? Plug-in hybrids already outsell battery electric vehicles in the UK, helped by tax advantages, and forthcoming ‘clean air zones’ are likely to stipulate a longer electric range than a conventional hybrid can offer, which will drive further demand.

Paul Niewenhuis, co-director of Cardiff University’s electric vehicle centre of excellence, says manufacturers are likely to look favourably on plug-in hybrids at least until the end of the next decade, as they fit existing factories and R&D geared around building combustion engines. 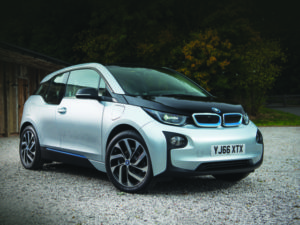 What is it? An electric vehicle with the backup of a small internal combustion engine, which functions as a generator to charge the battery, but doesn’t directly drive the wheels.

Pros: Much longer electric ranges than a plug-in hybrid, resulting in lower CO2 figures. Some vehicles on offer can also be rapid charged.

Cons: The engine is a backup, so not ideal for regular long-distance use, and choices are limited. Vauxhall withdrew the ahead-of-its-time Ampera two years ago, which means the BMW i3 REX is currently the only E-REV on sale here.

When? Three quarters of i3 customers in the UK opted for the range-extended version in the first half of 2017, which suggests it’s desirable technology. Tightening CO2 targets – the EU has proposed 68-78g/km by 2030 – will inevitably push development of longer electric ranges, and lower reliance on combustion engines. But ever-improving battery technology could make a backup less necessary. 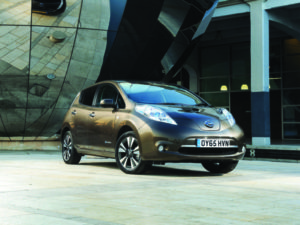 What is it? A fully electric drivetrain, with around three times the battery capacity of a plug-in hybrid, and no internal combustion engine.

Pros: Long (and growing) ranges, mostly with rapid charging to restore 80% of that range in around half an hour enabling distance driving. There’s also no combustion engine to service, or to carry around as dead weight when it’s not in use, as on a plug-in hybrid or range-extender.

Cons: Battery costs need to come down to widen their appeal, and a range of between 100 and 150 miles is still a dealbreaker for many long-distance drivers. Charging infrastructure isn’t keeping pace with growing battery capacities.

When? Ricardo is predicting EVs will account for 15% of new car sales globally by 2025, and 20% by 2030, but that they’ll outnumber plug-in hybrids in each case. As battery costs come down, expect small vehicle segments to become EV-weighted earlier – Go Ultra Low estimates plug-ins could account for half of the UK market by 2027 – but the combustion engine is likely to have a role, albeit diminished, even after 2040. 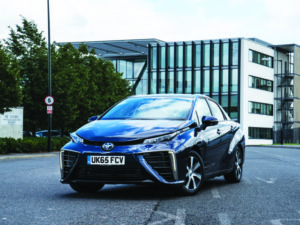 What is it? A fully electric vehicle, which can generate its own electricity using hydrogen from an on-board tank and oxygen from the air. The only exhaust emission is water vapour.

Pros: A familiar user experience, with hundreds of miles of range between refills which take a few minutes. Useful for businesses, the fuel cell system could also be used to generate electricity for other equipment, such as powertools. The U.S. Army has a concept pickup truck which can do this.

Cons: It’s still expensive technology, and there are only a handful of filling stations in the UK.

When? There are only 53 hydrogen fuel cell vehicles in the UK and, according to the SMMT, 23 of those were registered in the first seven months of this year. However, Hyundai and Honda are due to launch new vehicles in the next two years, and BMW will have one before the end of the decade.