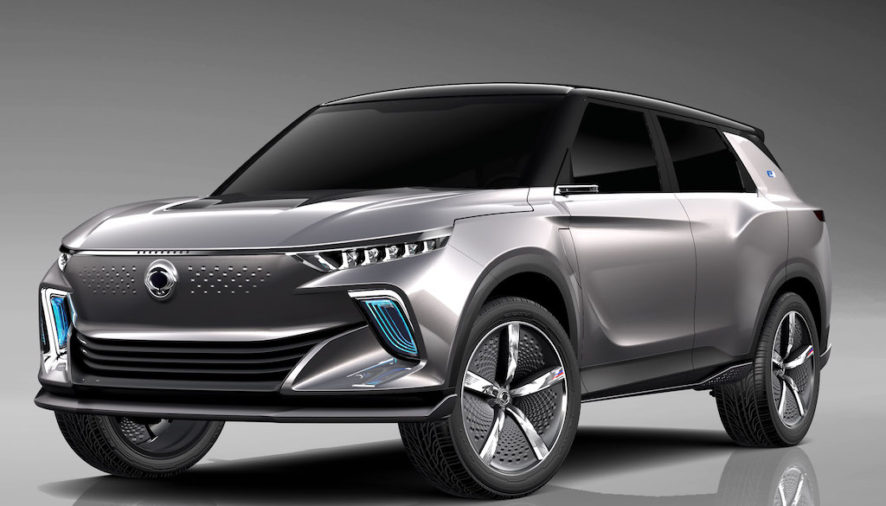 SsangYong sees its forthcoming electric Korando SUV as a significant brand awareness opportunity in the UK, targeting high-value and a long range to position it as a mainstream alternative to combustion-engined models. 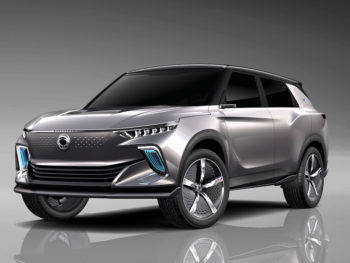 Due late 2020/early 2021, the electric Korando has been previewed by the e-SIV concept (above), building on the diesel Korando launched last month

The first diesel Korandos arrived in the UK last month, continuing a range renewal which started with the larger Rexton SUV and Musso pickup in 2018. SsangYong is targeting a 10-15% price advantage, overall and in monthly payments, versus key rivals such as the Nissan Qashqai and Kia Sportage, aiming to sell around 2,000 Korando sales per year in the UK.

It’s an important component of the company’s ongoing plans to reach 10,000 units per year in the UK, and in growing its footprint in fleet. SsangYong recruited a fleet sales team last year, is recruiting dealers with B2B sales expertise, and joined the Crown Commercial Framework as a supplier in November.

The electric Korando will follow in late 2020 or early 2021. Previewed by the e-SIV concept car at last year’s Geneva Motor Show, this will offer an NEDC range of around 300 miles with four-wheel drive and the ability to tow. Around 95% of the outgoing car was diesel-powered in the UK, with most customers claiming to use it for towing.

UK managing director Nick Laird said the company is already putting infrastructure in place for its first EV, looking to fill urban and suburban gaps in its dealer network and adding expertise to its head office. Mark Burrows, who recently joined as director of aftersales, is formerly of Tesla and Jaguar Land Rover, and plans are underway to ensure adequate supply and differentiate itself from rivals.

Although unconfirmed, this could include pricing the EV in line with diesel versions, and offering a range of services such as charging provision, which would be unique to SsangYong. Laird suggested it could account for a “substantial share” of Korando sales.

Previous: Volkswagen slashes price on e-Golf
Next: Next Post