Deutsche Post DHL Group and Ford are partnering to produce electric vans for the courier firm’s urban delivery fleet from 2018. 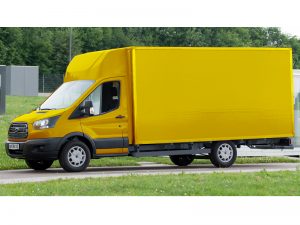 Said to mark the largest-scale manufacture of electric medium-duty delivery vehicles in Europe, the joint project between EV manufacturer StreetScooter GmbH – which was acquired by Deutsche Post in 2014 – and Ford-Werke GmbH will see production start in July 2017 with at least 2,500 vehicles joining the fleet before the end of 2018.

The vans will be based on the Transit and fitted with a special body construction to meet Deutsche Post and DHL Paket specifications.

StreetScooter has also confirmed that it will expand manufacturing of its existing models, with plans to produce 20,000 units per year of its small electrical delivery van in different versions in Aachen and another site in North Rhine-Westphalia.