Moving to 100% electric vehicle sales in the UK by 2040 would only cause a 10% increase in demand on the electrical grid, according to a study from Cambridge Econometrics. 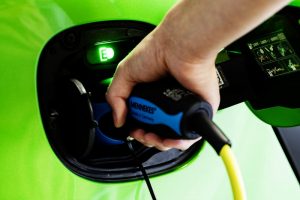 Extra load on the grid from electric vehicles has been exaggerated, the company said.

The company is suggesting the UK could make a move to electric vehicle sales by 2030, ten years earlier than DEFRA is planning to ban the sale of “conventional” petrol and diesel cars, saving an additional 156Mt of CO2 emissions by 2050.

It added that fears about the ability of the electrical grid to cope with the rise in demand were misplaced, and assumed that electric vehicles are as inefficient as internal combustion engines; they are significantly more efficient at converting that energy into motion, Cambridge Econometrics said.

The challenge instead should be finding ways to overcome demand spikes, as drivers are likely to plug in when they get home from work, and the grid is moving towards renewables. But the company said research conducted with Element Energy in France showed that smart charging equipment – which can vary the supply to spread the load cross the grid – can solve the problem.

Phil Summerton, managing director of Cambridge Econometrics, said last week’s announcement “sends a clear signal to investors”, commenting: “By 2040, all sales in France and UK, which currently represents around 35% of the European car market, will need advanced powertrains – and Germany is going the same way. Irrespective of other policies, investment in battery technologies must now be at the heart of automotive company strategies.”