Average new lease car emissions fell to 113g/km at the end of 2019 – the lowest level since Q3 2018 – after a surge in battery electric vehicle (BEVs) registrations. 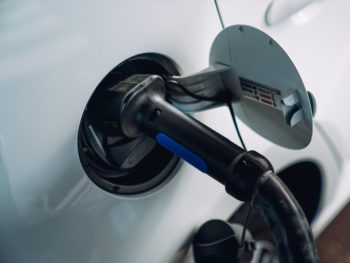 BEVs were responsible for more than 4% of new lease car registrations in Q4 2019; a 750% growth in market share compared to the same period in 2018

The data from the BVRLA’s Q4 2019 Quarterly Leasing Survey shows that BEVs accounted for more than 4% of new lease car registrations; a 750% rise in market share compared to the same period of 2018.

The surge in BEV take-up helped counter the inflationary impact of the new WLTP emissions standard, which had increased most petrol and diesel emissions by 10-20%.

Due to the tax benefits on offer, BEV take-up was highest in the salary sacrifice sector; it was responsible for 24% of new car additions in Q4 2019 in this sector, compared to just over a 6% share of new business contract hire cars.

The BVRLA’s Q4 Quarterly Leasing Survey, which included enhanced market analysis, also showed the BVRLA lease car fleet shrank by nearly 3% year on year, with a 7.3% increase in consumer contracts failing to offset a 5.4% fall in business leasing. In contrast, the lease van fleet rose by just over 1% in the same period.

The latest research also indicates a fall in take-up of maintenance on leasing contracts; while a total of 68% of the current BVRLA car lease fleet has a maintenance contract, just 55% of cars registered in Q4 2019 came with maintenance included.

Interest, however, is rising in used vehicle leasing. The market is now responsible for 2.5% of the total car fleet and 1.4% of the total van fleet.

BVRLA chief executive, Gerry Keaney highlighted how the forthcoming reports would show how the impacts of Brexit, the March 2020 Budget, the April 2020 tax changes and the Covid-19 pandemic would affect things.

“It will be fascinating to see the effect that these huge external factors will have on the shape of the leasing market and the speed of transition to zero emission road transport. Our new, improved survey means that we can give members a clearer picture than ever before.”