Uncertainty and confusion is leading the vast majority of motorists to delay changing to an electric vehicle but manufacturers and dealers have a leading role in changing this. 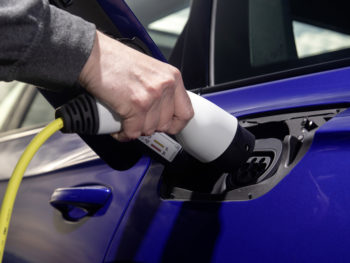 Research carried out by used and new car marketplace Regit.cars among 1,000 drivers has found nearly eight out of 10 (77%) think manufacturers and dealers should do more to educate them about electric vehicles.

Price is proving a major barrier to purchase for a third of motorists (32%), followed by the range on one charge (13%) and the charging infrastructure in and outside the home (10%). Yet, all three are being addressed by carmakers and the Government, including through last week’s announcement that the Department for Transport has again doubled the amount of funding available for on-street charge point installations, pledging an extra £10m as part of a range of latest measures to encourage EV uptake, and its new plans to expand the rapid charger network.

But 82% of motorists also think the Government, as well as manufacturers, could do more to increase the adoption of electric vehicles and just over half (51%) are unaware of any government incentives to help them buy an electric vehicle. That’s despite the plug-in vehicle grants have been continued, as announced in this year’s Budget, albeit with reduced funding for cars.

Despite a lack of awareness of EV benefits and incentives, almost half of motorists (48%) are considering purchasing an electric vehicle for their next car, citing the major reasons as savings on running costs (23%), reducing environmental impact (17%), plug-in grants (4%) and savings on excise duty (3%).

The figures are likely to be much higher for company car drivers. Despite the pandemic, the previously predicted increase in electric vehicle take-up is still expected to happen in 2020, following the introduction of the new 0% Benefit-in-Kind rate for battery electric vehicles. Latest new car registration figures show demand for fully electric vehicles has fallen much less than any other powertrain type.

Chris Green, founder and CRO of Regit.cars, said its own research during lockdown showed that manufacturers and their ad agencies have a huge opportunity to demystify electric vehicles.

“During the lockdown, we have seen a huge spike in motorists researching electric cars on our site and we know they are desperate for help, advice and support to make the right choice. This lack of knowledge and uncertainty is undoubtedly a contributing factor to the low market-share for battery electric vehicles, which reached just 1.6% in 2019, while hybrid electric vehicles enjoyed a 4.2% share. At the other end of the spectrum, petrol had a market share of 64.8%, while diesel’s share was 25.2%.