The Government should provide company car Benefit-in-Kind tax tables to 2030 if it adopts this date as its new electrification target. 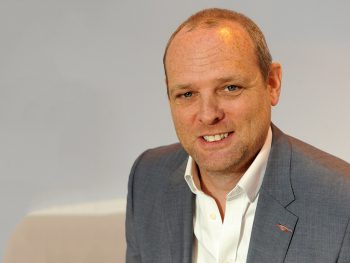 The call comes from the Association of Fleet Professionals (AFP) following reports that an announcement would be made during November to halt sales of internal combustion-engined vehicles by the end of the decade; substantially bringing forward the current target of 2040.

AFP chair Paul Hollick reiterated the association’s view that the proposed 2030 electrification target was achievable from a fleet point of view but only with the right charging infrastructure and with a stable taxation environment.

Rather than the Government “changing policy substantially at every Budget”, Hollick said a coherent and well-signposted strategy through to the end of the decade would support fleet take-up of EVs.

“Currently, we have tax tables up to 2024-25 and that allows us to effectively plan one replacement cycle ahead, which is useful, but we would also like to see tables through to 2029-30 created as soon as possible to look two cycles into the future,” Hollick explained.

“From a practical standpoint, this will mean that we can produce comprehensive EV adoption strategies that take us right through to the moment when petrol and diesel cars will no longer be available, tackling financial and operation concerns.”

Hollick added that certainty and a clear approach was also needed in other areas of EV policy, such as the subsidies available. The Spring Budget 2020 saw the Government come under fire after it revealed that funding for the Plug-in Car Grant (PiCG) was being slashed with immediate effect, just hours after announcing in the Budget that both the car and van grants would continue.

The AFP has explained that such grants are very much part of the calculations that make EVs affordable to businesses and are still very much needed for now.

“It is probably inevitable that they will be reduced over time but if they are suddenly withdrawn or substantially reduced at some point in the future, it does make the maths difficult,” he continued.

“Similarly, we’d like to see more detailed plans created around the growth of the charging infrastructure. If only EVs are on sale by 2030, we’re going to need to see a massive increase in availability, and new and effective solutions created – for example, for people who don’t have a drive on which to charge their vehicle.”

The fleet industry was extremely enthusiastic about EV adoption, Hollick stressed, but said the new target would mean that there needed to be realistic plans in place.

He added that the AFP was keen to engage with the Government in conversations about the future of company vehicle taxation and business transport in general.

“One of the reasons for the formation of the AFP was to allow the fleet industry to speak with one voice and we are very keen to make our views heard at the highest level and to bring our expertise to bear in useful discussions.

“This might mean talking about the future of company car taxation but also, for example, we would also like to see tax breaks introduced for personal mobility budgets, which is a policy that can already be seen on the continent.”