By Natalie Middleton / 7 years ago / UK News / No Comments

Transport for London is to push ahead with plans to axe the Congestion Charge exemption for hybrids and plug-in hybrid vehicles from October 2021. 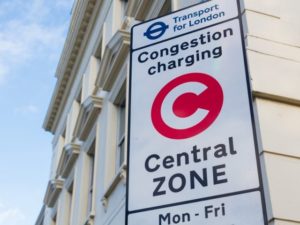 The proposals, which also impact private hire vehicles from next April, were announced earlier this year and will see the current Ultra-Low Emission discount, which allows vehicles emitting 75g/km CO2 or less to enter the zone for free provided they meet Euro 6 emissions limits, be replaced with a new Cleaner Vehicle Discount.

Following a public consultation that received more than 10,000 responses, the Mayor is to push ahead with the changes and has outlined that the scheme will have two phases.

In the first phase, only zero emission-capable vehicles will be exempt from the Congestion Charge from 8 April 2019. The restrictions will tighten further in October 2021 to support the Mayor’s ambition for zero-emission road transport by 2050, with only pure electric vehicles qualifying for the discount – hybrids and plug-in hybrids will no longer qualify. The discount will expire in December 2025.

TfL has also announced that private hire vehicles that do not meet the Cleaner Vehicle Discount standard or are not wheelchair accessible will also be discouraged from driving in central London with the removal of their exemption from the Congestion Charge – although the London Assembly has warned the move could see minicab prices rise by 16%.

TfL said the plans would help reduce congestion and, combined with the start of the Ultra Low Emission Zone next April, would ensure further action is taken to clean up the PHV fleet.

It added that the changes affecting PHVs would help tackle congestion and its associated problems, such as poor air quality, and were expected to reduce the number of PHVs circulating in the Congestion Charging Zone by up to 8,000 a day.

Meanwhile a consultation will run early next year on a phased reduction in maximum taxi age limits for the dirtiest vehicles from 15 years to 12 years by 2022.

Alex Williams, TfL’s director of city planning, said: “Bold action is required to tackle London’s public health crisis. The taxi and private hire trades are central to reducing the filthy fumes circulating in our city. This package of measures will contribute to fewer vehicles driving where pollution is most concentrated and encourage the switch from diesel to electric.”