Tesla, InstaVolt and Pod Point have come out top in user satisfaction ratings of the UK’s charging networks. 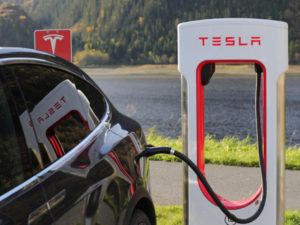 Carried out by Zap-Map, the 2019 EV Charging Survey saw some 1,600 users award satisfaction ratings for more than 26 UK networks.

Using a satisfaction score (0-100) based on these user ratings, the top 10 networks identified are:

The research showed that Tesla came out top for its low charging costs (free for early adopters), reliability and national coverage.

Retaining second place for the second year running, InstaVolt leads the ranking within the wider rapid-charging market, with 64% ‘very satisfied’ and 24% ‘somewhat satisfied’ with the charging experience. Feedback from respondents included on ease-of-use and contactless payments.

Third on the podium is Pod Point, whose UK-wide network includes slow, fast and rapid charge devices. As the third most used network within the survey sample, 45% are ‘very satisfied’ and 37% ‘somewhat satisfied’ when charging their EV on one of Pod Point’s units, with many users noting their simple-to-use operation.

Meanwhile BP Chargemaster’s Polar network – the largest in the UK – maintained its strong satisfaction ranking in joint fifth place with 72% of users being ‘satisfied’. Polar shared its ranking with the much-smaller Shell Recharge network, which is rolling out rapid units on station forecourts, and debuted for the first time among the rankings.

The Zap-Map survey panel also found that EV users rank ‘reliability’ as the overriding consideration when it comes to network, with ‘speed’ a secondary factor. Charging cost is deemed to be relatively less important as are facilities available at a charging location.

Latest Zap-Map data also reveals that the reliability of the UK network, taken as a whole, is continuing to improve. While data from July 2018 showed that 8.5% of devices were out-of-service (including 1.1% partially operational), this has now reduced to 5.8% (1.9% partially), a reflection of the ongoing investment by UK networks in new charging infrastructure.