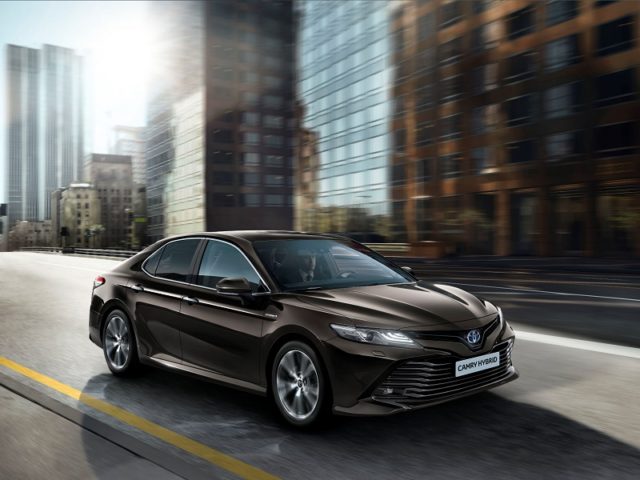 Toyota is reintroducing the Camry saloon to the UK as a hybrid-only range, indirectly replacing the Avensis and taking its presence in the D-segment upmarket. 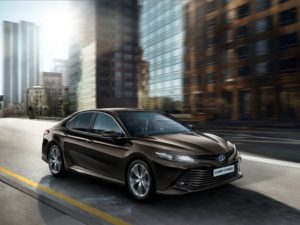 Toyota will reintroduce the Camry with a petrol-electric hybrid drivetrain, but no diesel engine.

The Camry had been sold in the UK in small numbers until 2004, positioned above the smaller Avensis in the UK range. At just under 4.9 metres in length, the newcomer is sized similarly to cars such as the Mondeo, Insignia and Passat, with pricing likely to be closer to Volkswagen.

Toyota has confirmed a 2.5-litre petrol-electric hybrid drivetrain for the UK, with no plans for a diesel version in line with a target of phasing the fuel out of its passenger cars by the end of the year. Fuel economy and the trim line-up has not been confirmed yet, but the Australian model range (which uses NEDC figures) suggests this could range from around 67.3mpg and 96g/km – expect it to be slightly higher due to the NEDC Correlated data used in Europe.

The Camry launches as Lexus is replacing the GS executive saloon with the ES, a nameplate which has never been sold in Western Europe but has been available in other markets. The ES and Camry are based on the same platform and share the petrol-electric hybrid drivetrain.

Camry is one of the world’s best-selling nameplates, sold in over 100 countries and the biggest-volume car in its segment globally at 700,000 units globally. European versions are tuned to local roads, with Toyota claiming a priority on fun driving, refinement and reliability, as well as hybrid running costs.

UK pricing will follow closer to the launch in 2019.