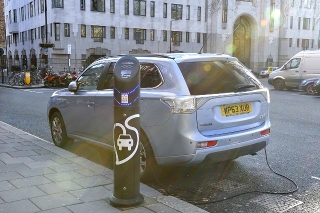 ACEA data also shows a significant shift towards plug-in vehicles. Omitting LPG and CNG-powered vehicles, 29.6% of the 138,813 alternatively-powered models sold in the first six months of 2014 had fully electric or plug-in hybrid drivetrains. In 2015, 37.9% of the 190,436 alternatively-fuelled vehicles registered feature a plug-in drivetrain.