City leaders from across the UK are calling on Government to bring forward the ban on pure petrol and diesel vehicle sales to 2030, as part of a tougher plans to improve air quality. 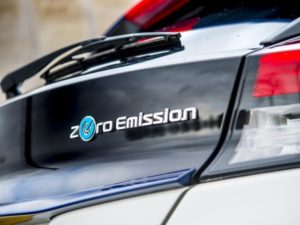 The plans call for a more ambitious electrification target.

The cross-party alliance will meet at a summit with Secretary of State for the Environment, Michael Gove, on Wednesday. It includes mayors and city leaders from Bradford, Bristol, Cardiff, Greater Manchester, Leeds, Leicester, Liverpool, London, Newcastle, Oxford, Sheffield, Southampton and the West Midlands – accounting for more than 20 million UK residents.

Ending the sale of petrol and diesel cars in the UK ten years earlier than the 2040 target originally set by the coalition Government in 2011 is said to offer a 30% reduction in pollution, while encouraging manufacturers and business to innovate, and making the country a global leader in the technology. A national scheme is being proposed to help low-income private buyers and small businesses to replace older vehicles.

However, the Department for Transport has yet to confirm what level of electrification will be required in order for cars and vans to still be sold in the UK. Loose wording in previous announcements has implied this could include ‘mild hybrids’, which feature small electric motors and can coast with the engine turned off for small distances. Spokespeople have also suggested the criteria would include electric driving, which would make full hybrids like the Toyota Prius eligible, while rumours have also circulated about plug-in hybrids being the cut-off point. The plans do not involve banning the sale or use of everything except pure electric vehicles.

At Wednesday’s summit, leaders will also discuss adopting the stricter World Health Organisation guidelines on pollution in lieu of those enforced by the European Union, and how to roll out a national framework for reducing pollution. The alliance argues that Government and vehicle manufacturers should step up funding for Clean Air Zones and alternatives to the car, such as public transport. Suggestions include giving cities the power to install charging points at publicly accessible areas, such as car parks and fuel stations.

The Mayor of London, Sadiq Khan, said: “Banning the sale of new petrol and diesel vehicles by 2030, providing support to deliver Clean Air Zones in cities and introducing a national vehicle renewal scheme will dramatically improve our air quality and our health. Michael Gove has made a good start as Environment Secretary but we need the government to match our ambition and help us urgently drive forward these improvements. We simply cannot afford to delay.”