The UK is to host a global Zero Emission Vehicle Summit in autumn 2018 as it looks to expand the development of the low emission and electric car market. 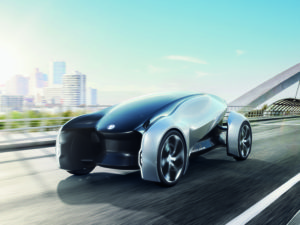 Announced by the Prime Minister as she attended the One Planet Summit in Paris yesterday, the event will bring together Ministers, industry leaders and sector representatives from around the world.

The summit will build on the Government’s manifesto commitment for almost all cars and vans to be zero emission by 2050, with the Department for Transport having confirmed earlier this autumn that all cars and vans sold in the UK from 2040 will need at least full hybrid technology and the ability to drive only using electricity.

The Government also suggested at least 30% of new car sales and up to 40% of new vans could be ultra-low emission vehicles (ULEVs) by 2030 in October’s Clean Growth Strategy, which also outlined that £1bn will be spent to support the take-up of ULEVs including helping consumers overcome the upfront cost of an electric car – likely to support the government’s plug-in car, van and bike grants – while infrastructure supporting electric vehicles will be aided by a further £80m, alongside £15m from Highways England. The Clean Growth Strategy also saw the Government announce that it will introduce a ‘Green Great Britain’ week to promote clean growth.

Now, the Prime Minister has announced a number of new climate-change measures at the One Planet Summit, including £140m of new funding to help the world’s poorest communities address the effects of climate change and the expansion of the UK and Canada-led alliance to reduce international use of unabated coal.

The Prime Minister commented: “Tackling climate change and mitigating its effects for the world’s poorest are among the most critical challenges that we face.

“By redoubling our efforts to phase out coal, as well as build on our world leading electric car production, we are showing we can cut emissions in a way that supports economic growth.”