Fleets migrating from diesels to plug-in hybrids could be in for a nasty surprise on running costs unless they make significant fleet policy changes. 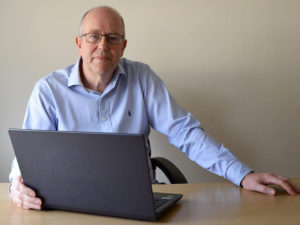 So says FleetCheck as it warns that the recent Autumn Budget changes and increasing diesel ‘demonisation’ is leading to fleets to look at PHEVs without realising that drivers will need help to get the best fuel economy out of their hybrid – including access to charging.

Although the latest Company Car Tax and VED changes along with Clean Air Zone plans are prompting fleets to turn to PHEVs, recent research published by TMC showed that when PHEVs aren’t deployed correctly, they can be the most polluting vehicles on the fleet.

The firm analysed seven PHEV models and found the vehicles in the sample achieved an average of almost 45mpg compared to their advertised average consumption of 130mpg. This equates to average real-world CO2 emissions of 168g/km – compared to 55g/km from the cars’ advertised emissions and an average of 159g/km seen for diesels in a TMC analysis earlier this year.

And FleetCheck is now warning vehicle operators that they need to take action to avoid seeing a deterioration in fuel economy and increase in emissions from any move to plug-in hybrids.

Peter Golding, managing director, said a key point was ensuring that drivers had access to charging, ideally both at home and at work.

“The strong fuel economy and emissions that plug-in hybrids deliver in the official figures are entirely dependent on their electric range being maximised. If drivers cannot charge them easily, then fuel economy will suffer.

“Certainly, it must be a matter of policy that any driver issued with a plug-in hybrid should have off-road parking with charging available.”

He added that drivers would also need guidance on how to get the best fuel economy out of their hybrid, which might require changes in their driving style.

And Golding said that in many cases fleets would still come to the conclusion that diesel was the best option in terms of fuel economy and emissions.

“For higher mileage drivers especially, there is every suggestion that a Euro 6 diesel remains the most environmentally responsible solution, whatever the press, pressure groups and others are saying about its impact on air quality.”