Vauxhall’s first ever plug-in hybrid gets a price tag 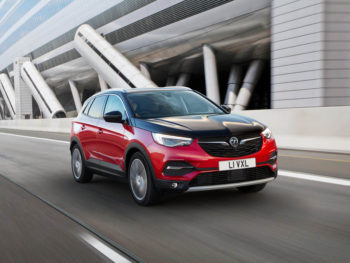 The new Grandland X Hybrid4 is available to order in four different trims, with each featuring the same powertrain. The fleet-destined Business Edition Nav Premium is available for £35,590 OTR, and is said to bring with it best-in-class BiK, which Vauxhall claims will equate to a saving of £145 per month over a Grandland X Elite Nav 1.5 Turbo D and £49 over the Mitsubishi Outlander PHEV over 48 months. SRi Nav is priced at £40,300, while the Elite Nav is priced at £42,200. Topping off the range is the Ultimate Nav, which is available for £45,450.

Despite the 300hp on tap that can carry the car from standstill to 62mph in 7 seconds, the car emits just 36g/km CO2 and has an official combined fuel consumption of 176.5mpg. This is largely thanks to the car’s ability to cover up to 32 miles (WLTP-rated) on electric power alone. The car is additionally all-wheel drive, thanks electric motors at the front and rear of the car. Electric, Hybrid, AWD and Sport provide a quartet of driving modes.

A 6.6kW on-board charger will be available optionally, while standard kit includes a 3.3kW on-board charger. Vauxhall will also offer devices for fast charging at public stations, as well as wallboxes at home. With a 7.4kW wallbox, customers can fully charge the battery in less than two hours, Vauxhall said.

Vauxhall’s Free2Move Services will provide access to more than 85,000 charge points across Europe, and also serves as a trip planner. This suggests a best route based on the car’s remaining range and highlights charging stations along the way. The standard-equipment Navi 5.0 IntelliLink infotainment system, can also be used to direct drivers to a selected charging station.