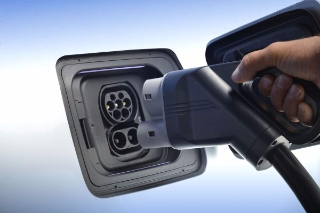 CCS is already used on the BMW i3, Volkswagen e-Golf and e-up!, as well as on the Chevrolet Spark EV and Bolt, the latter due to be imported to Europe as the Opel Ampera-e next year.

This combines an AC connector for low-power charging points, with an additional two DC charging pins for rapid charging. In turn, it means all plug-ins could share a connection for domestic or long-stay charging, yet also offer DC rapid charging through the same port on the car.

However, CCS is one of three rapid charging standards used in Europe, alongside CHAdeMO DC which is predominantly used by Japanese manufacturers, and the 43kW AC rapid charge system currently only used by the Renault ZOE (but which can also offer slower charging speeds for many other vehicles). Tesla also has its own DC 'Supercharger' system, which isn’t compatible with vehicles from other manufacturers.

Dr Peter Mertens, the company’s senior vice president for research & development at Volvo Cars, said: “We see that a shift towards fully electric cars is already underway, as battery technology improves, costs fall and charging infrastructure is put in place.

“But while we are ready from a technology perspective, the charging infrastructure is not quite there yet. To really make range anxiety a thing of the past, a globally standardised charging system is sorely needed.”

Volvo is planning to offer plug-in hybrid versions of every model in its range as it replaces all of its products, but it doesn’t offer rapid charging on the V60 or XC90 plug-in hybrids. It’s likely that CCS will be used on its first fully electric car, which will offer a range of over 300 miles and require a large battery to do so. This is due to launch in 2019.