What future for business mobility? 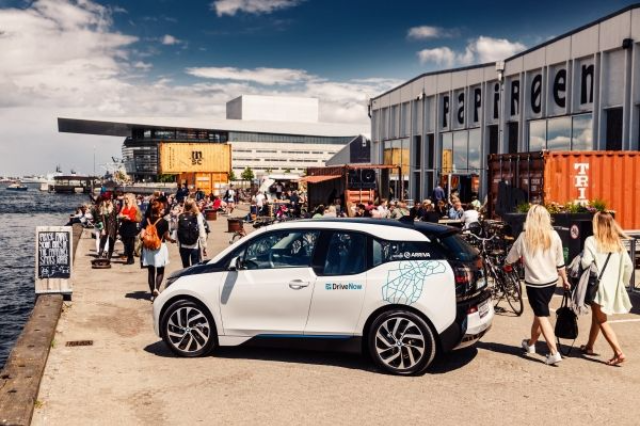 Operating cost or mobility cost? The choice for future fleets will probably not be as clear as before, reckons Steve Banner. 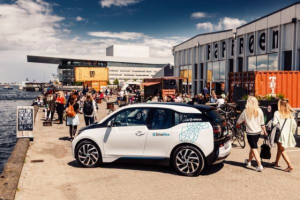 Business mobility is only going to become more diverse.

How can fleet operators determine whether or not it makes sense for them to operate electric vehicles? Alphabet International believes it can help them decide with its Electrification Potential Analysis (EPA) scheme.

“Our objective is to bring comprehensive, forward-thinking, eMobility to our clients in a way that’s in line with their targets, be it reducing CO2 emissions or decreasing the total cost of mobility,” says Alphabet’s head of marketing and business development, Carsten Kwirandt.

EPA involves temporarily fitting removable data loggers into a fleet’s existing cars and using them to record distance travelled, speed, rate of acceleration and various other relevant parameters. Armed with this information Alphabet says it can determine how best a client can integrate battery-powered or plug-in hybrid models into its operation.

Alphabet has carried out an EPA at several companies including Deloitte Italy. Its analysis revealed that 30% of the accountancy practice’s 800 cars could be replaced by electrics.

At the same time it introduced Deloitte to the idea of integrating electric vehicles with the AlphaCity corporate car-sharing programme. As a consequence, the practice has decided to make BMW i3s available to all staff at its Milan site under an AlphaCity programme.

EPA is an approach that among other things addresses one of the key concerns that fleet drivers still have when considering electrics; whether the range between recharges will be sufficient to meet their requirements.

LeasePlan’s global MobilityMonitor survey carried out earlier this year revealed that while a growing number of company car drivers want to switch to battery power, the limited range and the immature charging infrastructure in so many markets continues to deter them. Nissan’s target of a 200-mile range for the next LEAF EV with the aim of competing with the forthcoming Chevrolet Bolt could of course prompt them to change their minds.

While usage is a major factor in determining whether or not fleets should acquire electric vehicles, taxation and the availability of subsidies are considerations that both they and their suppliers have to bear in mind.

Past rises in the price of petrol and diesel have certainly prompted companies to look at alternative fuels says LeasePlan chief commercial officer, Nick Salkeld. “However local tax incentives as well as European Union (EU) and US regulations that aim to bring down CO2 emissions have been a far more important rationale,” he observes.

The impact that such incentives can have is amply illustrated by the situation in Norway. Electrics and plug-in hybrids accounted for one-third of new vehicles registered there during the first quarter of this year, a total of slightly over 8,000 units. This was a 41% increase over the same period in 2014.

Other pressures intended to drive fleets towards alternative fuels include a scheme mooted in France that will colour-code vehicles according to their supposed pollution levels. Surprisingly, the programme will see Euro 6 diesels excluded from Category 1; the cleanest category listed.

Not surprisingly, the move has been roundly condemned by the European Automobile Manufacturers’ Association (ACEA). Says secretary general, Erik Jonnaert: “Policy should be technology-neutral to ensure the uptake of the latest low-emission vehicles and there is no reason to discriminate against clean diesel technologies. This does not make sense from either an environmental or health point of view and could be detrimental to the mobility of cities and businesses.”

Jonnaert and his colleagues go on to stress that as diesels have lower per-kilometre CO2 emissions than their petrol-powered equivalents, they can make a significant contribution to the motor industry’s aim of reaching the EU’s 2021 CO2 fleet average targets. They can also help the industry meet any post-2021 CO2 goals.

Jonnaert has a point in insisting on a policy of technological neutrality.

While battery-powered cars and their plug-in-hybrid counterparts may be worthy of consideration, other options should be presented to operators by suppliers at the same time; compressed natural gas (CNG) being among them. Biomethane CNG is especially worth considering given that it can be produced from landfill gas.

Domenico Gostoli, Fiat Professional’s head of brand for Europe, the Middle East and Africa has publicly rejected electric light commercials, at least for the present, in favour of those powered by CNG. The Fiat Professional range is being developed accordingly.

“Electric van technology is not sustainable at the moment because of the extra cost unless there is support from government and I have yet to see a boom in electric van sales,” he states. “We are ready to react if and when a market develops however and this may happen from 2021 onwards when CO2 limits become tighter.”

The difficulty with such a stance – and one that fleets need to be made aware of if they are not aware of it already – is that CNG is not widely available on public forecourts in a number of countries; the UK for example. All countries have an electricity system however, even though the public supply in some countries – Nigeria for example – is not always dependable.

The answer has to be for fleets to work with suppliers willing to entertain all possible options with a view to shrinking the customer’s carbon footprint. That is the approach taken by leading 3D design, engineering and entertainment software specialist Autodesk.

In partnership with Hertz it has increased the use of vehicles powered by alternative fuels – electric and hybrid models in particular – and made greater use of vehicles offering high MPG figures. Autodesk’s overall CO2 emissions are down as a result.

Hertz was recently ranked 54th in Newsweek’s 2015 Green Rankings – a widely-recognised assessment of environmental performance – out of the 500 largest publicly-traded companies in the USA accordingly to market capitalisation.

One way of reducing your environmental impact and one advocated by responsible suppliers is to reduce the number of vehicles you run if at all possible before you start considering alternative sources of power. That’s the route Denver, Colorado, USA-based South Metro Fire Rescue Authority (SMFRA) has gone down in conjunction with Enterprise Fleet Management.

After discussions with Enterprise SMFRA discovered that it could reduce its fleet of non-emergency SUVs and pick-ups from 51 to 31 without compromising efficiency. Enterprise is providing the 31 under a lease agreement in a move that looks set to save the authority $15,000 (€13,540) annually once fully implemented.

Another way of reducing your carbon footprint and one put forward by LeasePlan among others is to install telematics equipment in your existing vehicles.

LeasePlan Spain recently developed an app based on telematics data allowing approximately 7,000 drivers (75% passenger cars, 25% light commercials) to monitor their own driving behaviour. The initial results include an 8% cut in fuel consumption and thus CO2 emissions.

A further approach is to introduce mobility budgets that give employees the opportunity to use the most environmentally friendly way to get to business meetings or to visit customers. That may involve using the train, the tram or a pedal cycle rather than a car; and where cars are used, many of them may be offered under a car-sharing scheme.

Referred to earlier, one of the best-known car-sharing programmes to be introduced by an industry supplier is AlphaCity from Alphabet.

It involves Alphabet providing its client with a fleet of leased vehicles. After registering and confirming their identities employees can then book any car online through a booking portal for a time they have requested.

Cars can be booked for use during the evenings and at weekends as well as during the working day and access to them is keyless. This means that users do not have to waste time picking up keys from a specific location then dropping them off once they have finished with the vehicle. Alphabet contends that by using AlphaCity companies can cut their fleet costs by up to 70%.

AlphaCity is available in a number of key European markets including Germany, France, Italy and Spain. Users include Germany’s Serviceplan and France’s Accenture.

One of the largest privately-owned advertising agency groups in Europe with more than 40 specialist agencies and over 1,300 employees, Serviceplan has been using AlphaCity since 2012 and operates it under its own ‘weDrive’ brand.

The move has been a success, says Serviceplan’s head of purchasing and facility management, Axel Schorner, and proved popular with employees. “The income returned through private use currently finances almost 100% of our leasing costs,” he reports. E-bikes are included in the weDrive offer.

With some 280,000 employees worldwide, management consultancy, technological services and outsourcing specialist Accenture introduced AlphaCity as a consequence of the total cost of ownership savings it was sure it could achieve and the ease of collecting vehicles.

“With AlphaCity you simply reserve the car on the internet then pick it up five minutes later,” says Accenture geographic services lead, Mark Thiollier. “That’s something we really appreciate.”

LeasePlan’s MobilityMonitor shows that almost 10% of company car drivers with vehicles that are leased are interested in car-sharing.

“This is a relatively high percentage for people who are used to having their own cars,” says Nick Salkeld. “Younger generations are relatively more willing to share cars however and we believe that interest will increase in the coming years with more and more people living in cities.”

Frost & Sullivan highlights the number of automotive leasing companies that are transforming themselves into business mobility providers offering a variety of travel solutions with the accent on minimal environmental impact. “The number of companies entering the corporate car-sharing market increased from 13 in 2013 to 20 in 2014 with most car rental and leasing firms present and the entry of Audi and Daimler,” says partner and global practice director, automotive and transportation, Sarwant Singh.

Perhaps the answer then for fleets that wish to reduce their environmental impact is not to debate with suppliers as to whether CNG may have advantages over hybrids or whether modern petrol engines now have the edge over diesels, but to adopt a holistic approach and consider their transportation requirements in their entirety in conjunction with their chosen partner. If the answer is to make more use of trams or e-bikes and to adopt a car-sharing scheme, then so be it.