Reaching stricter World Health Organization (WHO) targets for air quality could boost the UK economy by £1.6bn annually as well as helping to prevent thousands of premature deaths. 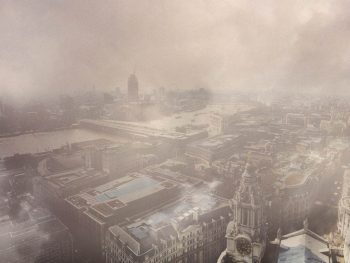 The figures have been revealed in a major new study on ‘Breathing Life into the UK Economy’, produced by CBI Economics, the CBI’s economic analysis arm, on behalf of the Clean Air Fund.

The report is believed to be the first analysis of the economic benefits of reducing pollution levels such as nitrogen dioxide (NO2) and particulate matter (PM2.5) to what are considered ‘safe levels’. The WHO guidelines for PM2.5 (a form of microscopic pollution) are more than twice as stringent as UK legal levels (10 µg/m³ annual mean vs 25 µg/m³ annual mean).

The research finds that the UK economic benefit is on top of potential savings for the NHS and social care of treating health conditions. It also examines four major cities in detail, with an annual economic benefit from using WHO limits estimated in London (£480m), Birmingham (£25m), Bristol (£7m) and Manchester (£28m).

The analysis also says that 17,000 premature deaths could be prevented every year by reducing pollution in line with WHO guidelines due to a reduction in workers suffering from conditions such as COPD (lung disease).

It could also help cut the three million working days that are lost each year related to air pollution due to workers becoming sick, or taking time off to care for sick children.

The Clean Air Fund is now urging the Government to include a legally binding commitment to meet WHO air pollution standards by 2030 in the Environment Bill, which is due to be debated in Parliament in the autumn.

Jane Burston, executive director of the Clean Air Fund, said: “We know clean air makes us healthier, but our research shows it can make us all wealthier too. If businesses and government work together to ensure clean air for all, we can protect our health and re-energise the economy at this critical time. Ministers must commit to binding targets to cut air pollution in line with WHO guidelines by 2030.”

Rain Newton-Smith, chief economist of the CBI, added: “The CBI is delighted to have been able to work on this important piece of research. Not only is there a clear moral responsibility to address air pollution and the impact it has on human health and the environment, there’s also a striking economic rationale. That is why the CBI has been absolutely clear that a focus on green recovery should be central to our COVID-19 response.”