By Natalie Middleton / 3 weeks ago / Features / No Comments

It’s questionable whether the 2021 Shanghai Motor Show will be remembered more for the reveals of some downright kooky vehicles or the fact that real live people were allowed through the doors to look at them (albeit with stringent coronavirus protocols). But it also included a number of important electric vehicle reveals. Fleet World reports. 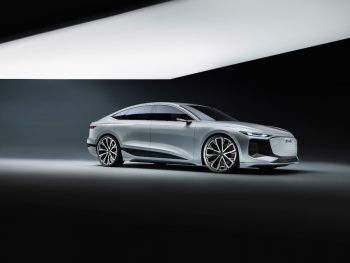 Audi’s four-door saloon concept previews a new all-electric version of the A6 saloon, and possibly Avant estate, that will launch in 2023.

It provides the first glimpse of Audi and Porsche’s new ‘Premium Platform Electric’, although the first model to be based on it will be the Q6 e-tron SUV.

The new platform makes it possible to achieve a relatively flat layout for the battery; this enables the use of the PPE platform as both a base for vehicles with a high ground clearance such as SUVs and what Audi terms as those with a decidedly dynamic, flat architecture – such as the Audi A6 e-tron concept – without any changes to the basic architecture.

The A6 e-tron concept’s sleek design brings a very low drag coefficient of just 0.22Cd, said to be unprecedented in the segment.

The concept’s drivetrain uses two electric motors, giving 476hp of power and 800Nm of torque, and a 100kW battery.

The concept also features 800-volt charging technology, which will be used in all future PPE vehicles and enables charging up to 270kW. 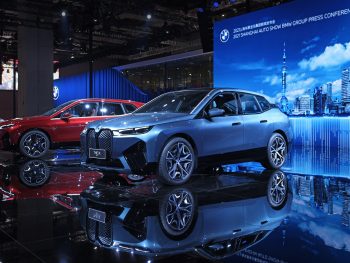 BMW’s iX electric SUV made its motor show debut at Shanghai, ahead of its arrival at the end of 2021.

Providing a new flagship model for the brand, the five-seater SUV is the first model based on the group’s new, modular, scalable future toolkit and, alongside electrification, also blazes a trail for the brand’s expertise in design, automated driving, connectivity and services.

The iX uses the fifth generation of BMW’s eDrive technology, featuring two motors to give all-wheel drive and providing a 500hp-plus output, powering the iX from 0 to 62mph in under 5.0 seconds. It’s also on track for a range of over 600km (373 miles), according to provisional data, helped by its lightweight design and optimised aerodynamics. 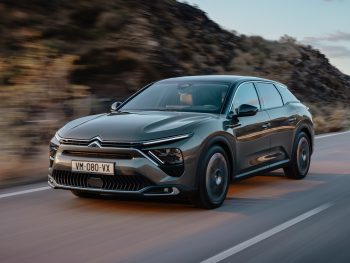 Citroën’s new C5 X flagship model made its debut at the show.

A curious mix of saloon, estate and SUV bodystyles, the C5 X will be available with a pure petrol engine and a plug-in hybrid powertrain giving up to 31 miles of range.

It will also focus on refinement; interior space is designed to be lounge-like, with highlights including the Advanced Comfort seats. There is also plenty of tech including the Extended Head Up Display, 12-inch touchscreen, plus a range of driving assistance features. The C5 X will also bring the practicality of a 545-litre boot – rivalling the space of a traditional estate car. 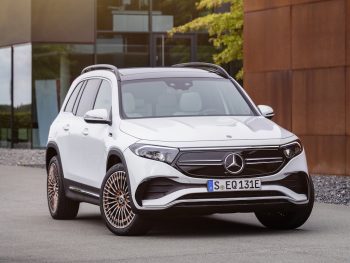 Revealed hot on the heels of the EQS luxury saloon, the EQB is the latest addition to the carmaker’s fast-growing electric car line-up following the arrival of the EQA electric crossover, and starts sales towards the end of 2021.

The all-electric seven-seater compact SUV will rival models such as the Volkswagen ID.4 and Audi Q4 e-tron.

It’s based on the GLB SUV and offers the same 2,829mm long wheelbase. Boot space stands at 495 litres to 1,710 for the five-seater or 465 litres to 1,620 for the seven-seater, which will be sold as standard in the UK and China, and the second row of seats will able to move forwards and back, increasing boot or cabin space as needed.

The EQB will be available in a number of variants, including front- and all-wheel drive models and with various power ratings, including performance models over 270hp. Battery capacity is 66.5kWh and there will be a “particularly” long-range version.

Full powertrain details are yet to be revealed but the line-up includes EQB 300 and 350 variants, of which the latter will be a 4Matic version with two motors and a range up to 260 miles (419km). 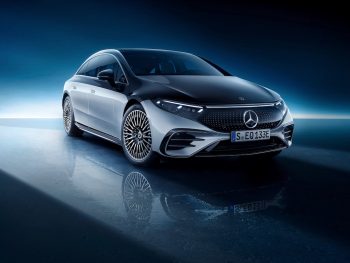 Mercedes-Benz also debuted its EQS flagship electric vehicle, which will boast a new ‘hyperscreen’ dashboard, up to a 478-mile range and a 761hp performance model.

On sale later this year, the EQS sits alongside the new S-Class petrol/diesel and PHEV models, and is the first of the brand’s EV line-up to sit on a new dedicated EVA (Electric Vehicle Architecture) platform.

The launch line-up, which starts deliveries at the end of this year, will include an entry-level EQS 450+ featuring a 107.8kWh battery and a rear-mounted motor, giving a total 333hp of power and 568Nm of torque.

There will also be a 580 4MATIC version that gets an extra motor on the front axle for all-wheel drive, giving it a total 524hp of power and 855Nm of torque, but this model won’t arrive in the UK.

Range stands at up 770km (478 miles) while a 761hp version will arrive later along with models using a smaller battery.

Tech highlights are many and numerous, chief of which is the new ‘hyperscreen’ dashboard, which uses three screens and spans almost the entire width of the car. This includes a 12.3-inch OLED display for the front passenger, which can sense if the driver is looking at it and dim down, helping to avoid distraction. 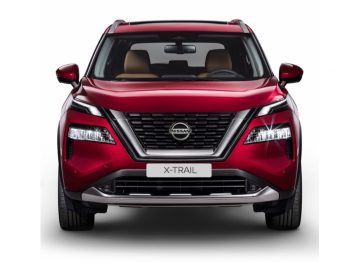 Due summer 2022, the fourth-gen X-Trail will be based on the Renault-Nissan-Mitsubishi Alliance’s CMF-C platform, enabling it to include an e-Power petrol hybrid with a range-extender set-up.

Debuting first in the new Qashqai, the e-Power hybrid differs from standard hybrids by adopting a range-extender set-up, which sees the petrol engine used solely to generate electricity, while the wheels are driven purely by the electric motor. Full details have not yet been revealed but as with the Qashqai’s 190hp 1.5-litre e-Power version, this brings enhanced fuel efficiency and lower CO2 emissions compared with a traditional internal combustion engine, combined with the more instant response of an EV – but without requiring customers to make the leap to a full EV.

The line-up will also include a 4WD version with a snow-, gravel- or mud-configurable all-wheel drive system.

The X-Trail will also be available with a folding third row of seats but Nissan said it will remain compact enough for easy parking manoeuvres. 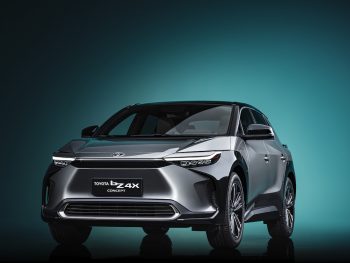 The first in a new electric vehicle family, the bZ4X concept is a midsize SUV with all-wheel drive and the brand’s first bespoke electric car.

Developed in partnership with Subaru – in which Toyota has a 20% stake – the concept introduces new bz ‘beyond Zero’ naming that will be used for a new sub-brand. While Toyota has hitherto focused on hybrids and fuel cell electric vehicles, its plan is to have more than 70 electrified vehicles in its global portfolio by 2025, including at least 15 battery electric vehicles. Of this, seven will be Toyota bZ models.

The bZ4X is developed on the all-new e-TNGA platform, which has been specifically designed and for electric vehicles, and makes use of Subaru’s expertise in all-wheel drive. It also features a new drive-by-wire system billed as a world-first in a mass production car for including a steering yoke to give greater control.

Details of the electric powertrain have not been announced yet but Toyota said it draws on its 20-plus years of experience in vehicle electrification and will deliver class-leading efficiency and a very competitive driving range. 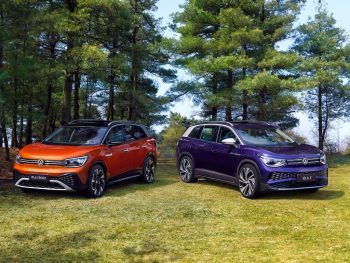 The third model in the ID family, the ID.6 is actually the first in the line-up to be developed specifically for a single market; it will only be sold in China.

It will have a key role in the local market for the brand. By 2023, Volkswagen will have a total of eight ID. models in China and the plan is for at least 50% of VW’s cars sold in China to be electric by 2030.

As with the existing ID.3 electric hatch and ID.4 SUV, it’s based on the brand’s Modular Electric Drive Kit (MEB).

Two different bodystyles will be available; the coupé-styled ID.6 Crozz and the more rugged ID.6 X, both of which will have up to seven seats.