300-mile range for next Nissan LEAF 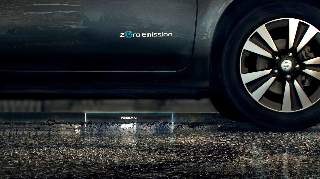 The carmaker said it is working towards a 60kWh battery pack at its research and development headquarters in Atsugi, Japan, offering twice the energy capacity of the 30kWh battery offered in the latest LEAF, and almost two and a half times more than the 24kWh used in launch models.

This would enable Nissan to offer a range comparable to the Tesla Model S, and to beat the forthcoming Chevrolet Bolt, concept versions of which have indicated a range of around 200 miles. The indication is that there will be an even wider choice of battery packs with the next model, as there are two with the current car.

“I think [multiple battery options] is how the future of this technology will probably go,” James Wright, managing director of Nissan GB, told EV Fleet World. “The customer will probably pay for the range they want as battery technology moves on and the amount of power can be expanded. It gives the customer a choice, to think about what they want to use it for and make an economic decision based on that.”

It’s unclear yet whether Nissan will offer higher-speed charging to maintain quick top-up times, but this is also likely, the carmaker has said that it is developing a 7kW wireless charger. That would be fast enough to recharge the 2016 models in four to five hours.