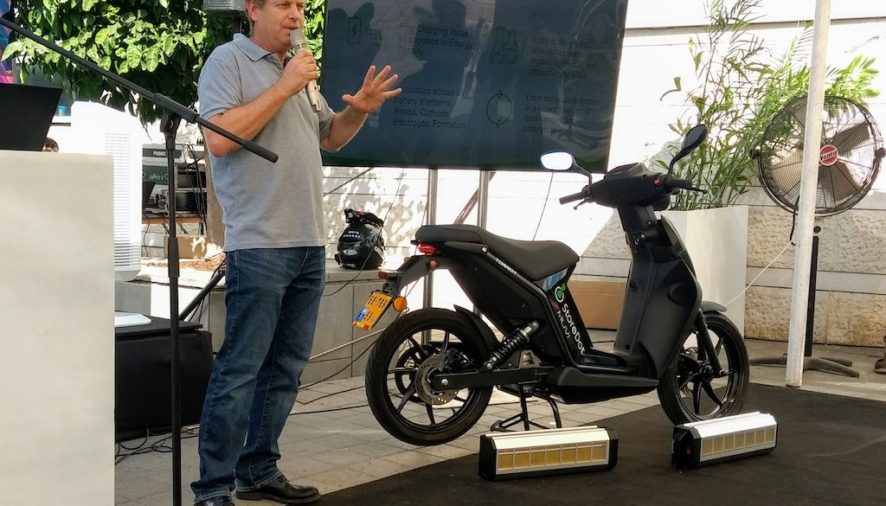 Israeli tech company StoreDot has verified claims that its ultra-fast charging lithium-ion battery can recharge in five minutes through an inaugural demonstration. 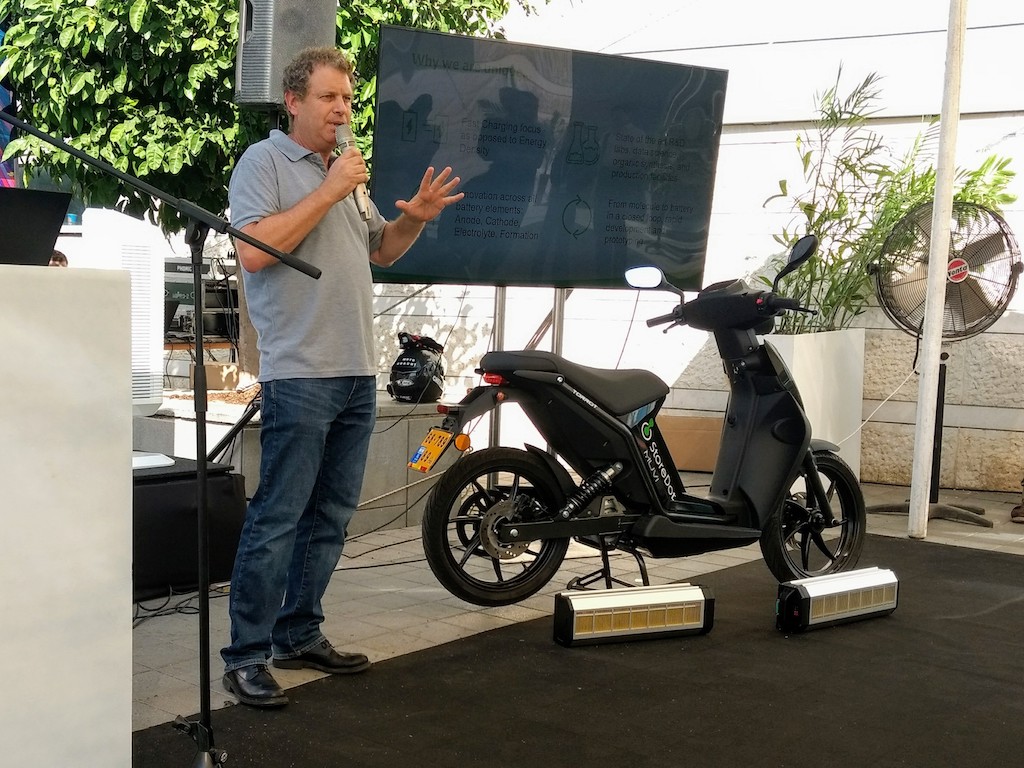 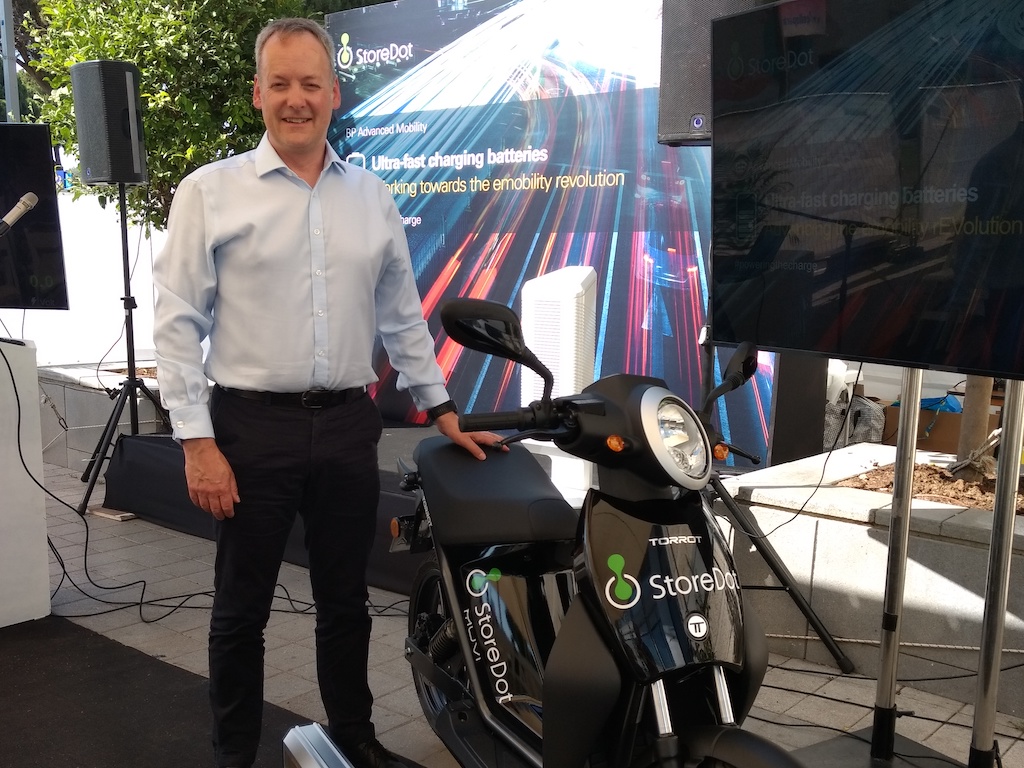 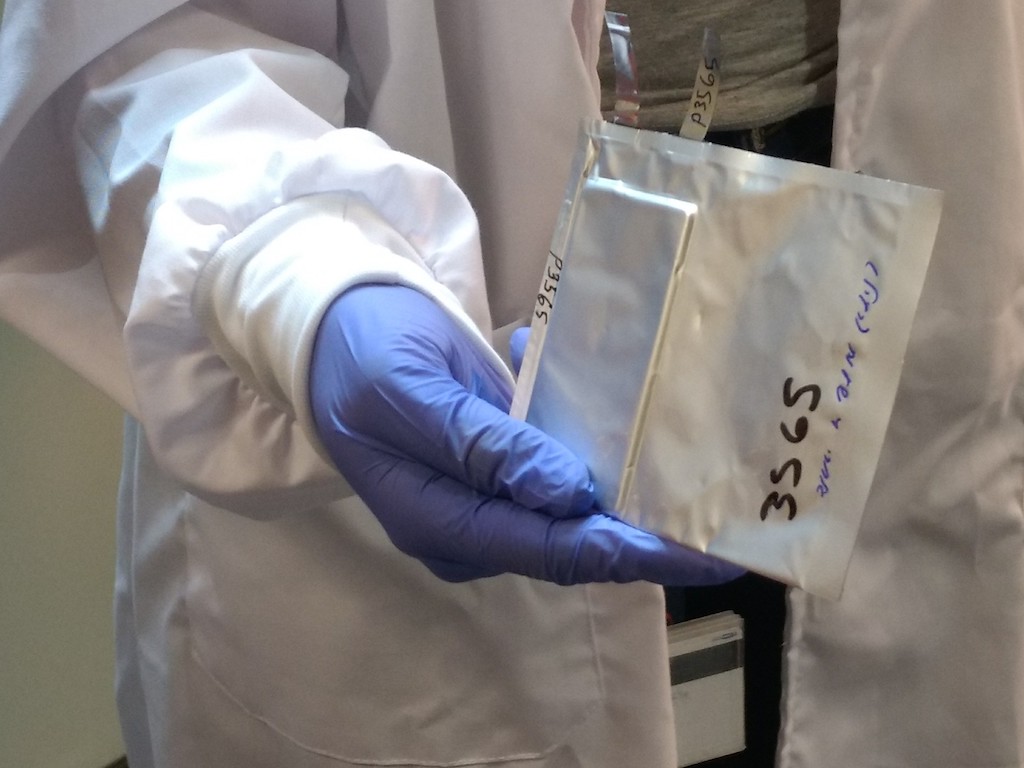 A single pouch cell uses StoreDot’s nanotech to offer ultra-fast charging to a battery pack, which can contain thousands of cells

The company – which has secured £130m investment from Samsung, Daimler, BP and TDK – chose to demonstrate its “ground-breaking” technology for the first time at the EcoMotion event in Tel Aviv, Israel.

The demo saw the company take an off-the-shelf Muvi electric scooter from Spanish firm Torrot and replace the cells with its proprietary ‘Flash Battery’ lithium-ion technology in a 0.75kWh, 7kg battery pack.

With the scooter plugged into a newly developed charger at 15% capacity, the company successfully demonstrated an ‘ultra-fast charge’ (UFC) to 100% in just 5 minutes and 10 seconds; bringing sufficient energy to offer the electric scooter a 30-mile range.

Although this equates to a similar ‘miles per hour’ charge rate to a current Tesla Model S battery, StoreDot’s CEO Dr Doron Myersdorf said that the battery technology is scalable, making it possible to charge much larger packs, bringing around 200 miles range in just five minutes as well. However, the charge point’s power then becomes more important and would require 350kW or greater.

As such, with companies including the manufacturer-backed Ionity and independent Fastned each installing 350kW charge points around Europe, StoreDot’s technology is effectively the missing piece of the puzzle in providing a battery that can take such high rates of ‘ultra-fast charge’.

Dr Myersdorf commented: “Everybody said this was impossible, but we are here today to prove that it is. This is a real thing, it’s happening and we’re going to roll it out in the next few years.

“We are innovating across all aspects of the battery. We totally re-engineered the battery. This is still a lithium-ion battery, but this does not contain graphite, which is the number one problem with ultra-fast charging.”

Although the battery still uses lithium-ion chemistry, StoreDot has changed the cathode from the more typically used graphite to a set of semiconductors/metaloids including silicon, germanium and tin. Using nanoparticle technology to rearrange the ions into smaller groups, StoreDot has been able to make the battery accept a charge at a far higher rate than was previously possible, and crucially without causing excessive heat.

In terms of longevity and price, StoreDot says its battery tech is comparable to today’s lithium-ion in terms of cycle-life, while its cost is only marginally more expensive.

With Daimler one of StoreDot’s primary investors, the technology could first make its way into a production electric Mercedes-Benz or AMG model as soon as 2023 – although the technology is non-exclusive and can be sold to other automotive companies.

BP, which has also invested in StoreDot, also commented on the development saying that the multi-million pound battery industry is important in its role as an energy supplier to facilitate a transition of drivers from petrol and diesel cars to electric vehicles.

With predictions suggesting 100 million EVs on the world’s roads by 2030 and 350 million by 2040, BP is gearing up to capitalise on the boom with the recent launch of its first ultra-charge site in Germany, as well as recent plans to roll out 150kW charge points at its UK forecourts over the next couple of years.

Jon Salkeld, technical director for BP’s Advanced Mobility Unit, said that it is a question of convenience: “You need UFC batteries to power a UFC road. BP felt that ultra-fast charging was so important, we reached out to the industry and StoreDot immediately appeared as one of the leaders in this area.”

StoreDot is currently in talks to build its proposed Gigafactory in either the US or Europe, which would commercialise and produce its ‘Flash Battery’ technology for the mass market.

“Our grandchildren will not believe that we charged overnight. It will be a thing of the past. We are stuck with a 100-year old technology and nobody took the effort to replace the active materials in the battery. This is why we believe this is a real game changer for the whole energy storage market,” Dr Myersdorf concluded.

Previous: EV trials require robust monitoring to make full business case
Next: Majority of van fleets to use EVs in 2019