By Alex Grant / 2 years ago / Features, UK News / No Comments

Almost three quarters of ultra-low emission vehicle registrations last year were plug-in hybrids (PHEVs), according to SMMT data, and awareness and interest among businesses and drivers continues to grow. However, it’s a part of the market with limited and often conflicting information; a tax-efficient stepping stone to electric vehicles, but a technology often criticised for unrealistic fuel economy and CO2 data. 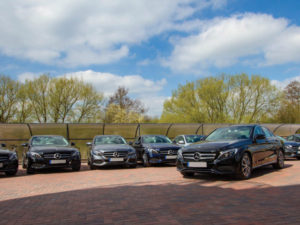 The results of ALD Automotive’s own survey showed 32% of company car drivers were interested in plug-ins, but that they wanted more data before committing to a PHEV. So, last year, the leasing company launched a six-month trial to find out whether these vehicles could offer an alternative to a diesel vehicle – with a view to sharing the data, even if it proved to be negative.

The trial deployed 20 Mercedes-Benz C 350 e petrol PHEVs with ALD’s company car drivers, each with different weekly mileages, journey types and driving styles, to assess a variety of use cases. All cars were fitted with ProFleet telematics to monitor performance, and participants were helped to apply for home charging points. As some had never driven a PHEV before, ALD provided training to help extend the range and in the use of regenerative braking, and a leader board was put in place to encourage more fuel-efficient behaviour.

This produced some encouraging results. The fleet covered a combined 145,000 miles, saving 14.8 tonnes compared to an equivalent diesel. In the latter half of the trial, more than 50% of miles were driven on battery power. ALD’s data showed fleets could save £2,000 per vehicle in ownership costs, based on 15,000 miles per year, while driver league tables and familiarity with the technology contributed to a 4% uplift in average fuel economy during the first month. 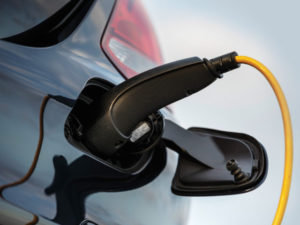 Unsurprisingly, there was a huge variation between drivers, highlighting the importance of deploying PHEVs effectively. One of the higher-mileage drivers (19,000 per year) averaged the lowest fuel economy, at 33.73mpg, compared to 110.54mpg for the best-case driver (7,000 miles per year). However, the biggest fuel savings were found in the mid-range. Drivers covering 14,000 miles per year c­ould save £500 annually compared to an equivalent diesel, which is more than twice the £200 savings made by those with a 7,000-mile yearly usage. Whole-life costs (based on 15,000 miles per year) were up to £2,000 lower, per vehicle.

Matt Dale, ALD’s consultancy services manager, says this shows PHEVs can already be an effective alternative to a diesel vehicle, reporting cost savings for drivers covering anything up to 20,000 miles. That’s in addition to £6,000 savings in Benefit-in-Kind for drivers. The company will soon issue a white paper on its website, with a step-by-step guide to assessing the technology’s suitability for different fleets.

“Having PHEVs on a company car policy requires the policy to drive the right behaviours,” he explains. “Getting the best out of this type of vehicle is a learning process, and drivers will find that the more experience they gain, the easier it will become to drive the car in the most efficient way possible. The NEDC economy rating is not particularly reliable or realistic, but we’ve proved that a good MPG can be achieved with the right kind of driving behaviour.”

Dale says the trial has resulted in a “cultural shift” at ALD, with company car drivers now appreciating how they might work as an alternative to petrol or diesel-powered vehicles. “We’ve also seen an increased interest in plug-in electric vehicles within our customers’ fleets,” he adds. “While the total number of UK PHEV registrations in Q1 – Q3 increased by 9.19% in 2017 when compared with the previous year, PHEV deliveries among ALD customers far outstrips this, increasing by 60.92% in the same period.”