In the first two months of 2018, fewer than 1,000 battery electric vehicles were sold in the UK – 34% less than in the same period in 2017, latest figures from the SMMT revealed. 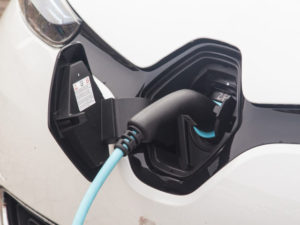 Although sales in Jan-Feb for BEVs fell in 2018 compared to 2017, some cars like the Zoe aren’t currently available for sale while new/updated models arrive

Responding to the sales figures Steve Gooding, director of the RAC Foundation, said: “Even though some car buyers will be waiting for the new March number plate, the fall-off in sales of pure electric vehicles year-on-year is much sharper that the decline in the total for new car registrations.

“These figures suggest that consumers are still worried about the 4 R’s that we see holding back the pure-electric market: retail price, range limitation, recharging availability and uncertain residual value.

“Until more affordable models come to market with a longer range, and more is done to make recharging less of a headache, it is hard to see how the picture is really going to change.”

However, the sales figures don’t tell the whole story, with companies including Renault experiencing difficulty in supplying enough cars and having already fulfilled the UK sales quote for the popular Zoe model. The company website states that, “As Europe’s best-selling EV last year, ZOE is continuing to prove incredibly popular – and we’ve sold all of our UK production for the current model.” Although not accepting orders just yet, Renault states orders for the newly updated 2018 model will begin 19 March.

Nissan reported more than 19,000 orders for its next-generation Leaf model and at the Geneva Motor Show last week, companies including Jaguar, Hyundai, Volkswagen, Skoda and Porsche all exhibited next-generation electric cars that are set to hit the market between this year and 2025. Jaguar opened its order books for the I-Pace on 1 March.

Additionally, some plug-in hybrid models are currently unavailable to order, including one of the most popular PHEVs such as the Volkswagen Golf GTE. The Mitsubishi Outlander PHEV remains the most common plug-in car grant eligible vehicle on the road followed by the Nissan Leaf.

Previous: ALD proves PHEVs work for fleets
Next: Emissions and air pollution to be discussed at LowCVP Conference