Askul announces total switch to EVs and renewable energy by 2030 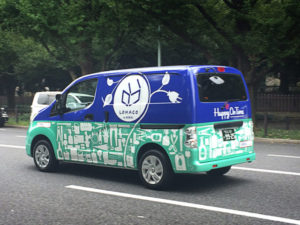 Askul announces total switch to EVs and renewable energy by 2030

The Japanese office supplies e-commerce company is the first business worldwide to sign up to both The Climate Group’s EV100 and RE100 campaigns simultaneously.

Through both campaigns, the company aims to produce net-zero carbon emissions by 2030 including by switching 200 vehicles to EVs by 2030. This move builds upon ten EVs purchased by the company last year.

Additionally, in 2018 Askul has stated its intention to source renewable power for its logistics centres across Japan.

Helen Clarkson, CEO, The Climate Group, said: “Electric vehicles are only as clean as the energy that powers them – that’s why it’s exciting to see Askul joining EV100 and RE100 at once.

“We’re witnessing exciting momentum on corporate action in Japan, made possible through our partnership with Japan-CLP. It makes business sense – transitioning to electric vehicles and renewable power are two positive steps that companies can take to future-proof their operations and retain a competitive edge.”

“By joining EV100 and RE100, we want to show suppliers that there is demand for delivery use of EVs, and ultimately, that renewable energy could be more readily available to power them. This will help us to shift the market, while delivering on our goal of reaching net-zero carbon emissions by 2030, and show our customers our commitment to sustainable operations.”