By Natalie Middleton / 7 days ago / UK News / No Comments

Behaviour change will play an equal or greater role than technology in the transition to net zero for transport. 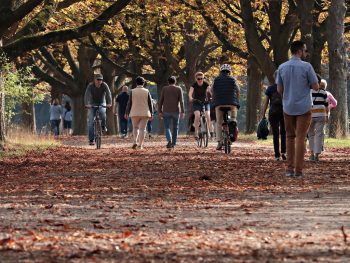 While the electrification of road transport is an important component of the transition, respondents believe there needs to be more focus on behavioural measures to achieve the goal

So say the majority of transport experts in a survey held for yesterday’s Zemo Partnership Annual Conference.

The organisation’s research, carried out earlier this month among 200 stakeholder experts, showed most believe that the decarbonisation of UK road transport by 2050 is possible, but a significant majority (66%) say that policies so far enacted or announced are not enough.

And while the electrification of road transport is an important component of the transition, respondents believe there needs to be more focus on behavioural measures to achieve the goal.

Around 58% of respondents said that behaviour change will deliver as much, or greater, carbon reductions than technology.

At the Zemo event, held yesterday (2o July) and attended by more than 600 delegates, transport minister Rachel Maclean, a leading government proponent of the Transport Decarbonisation Plan announced last week, said: “COP26 will be a crucial moment to test our global commitment to fight rising temperatures and prevent irreversible damage to our planet. In the UK, nothing short of a green industrial revolution will do.”

Zemo Partnership also revealed how its new acceleration programme will see the organisation work on the detail of many of the 78 commitments seen in the Transport Decarbonisation Plan.

Chief executive Andy Eastlake explained: “Our new acceleration programme of key projects and new initiatives embraces the much wider range of stakeholders needed and their appetite to accelerate the pace of change, not only in terms of technology, but of energy, infrastructure, information and behaviour. We aim to deliver this using hard evidence, clear targets and widespread engagement.

“As transport, technology and systems converge, so does our need to think differently. Operating in our traditional, closed silos is no longer enough.

“The TDP has set the finish line and fired the starting gun. We are now all in a race against the climate change clock in which no one can get left behind.”

Other key interim findings from the survey of stakeholder experts announced at the Zemo Partnership Conference are: