A binding target on UK battery capacity and the deployment of millions of more charge points are needed to ensure the UK automotive sector remains competitive in the transition to net zero. 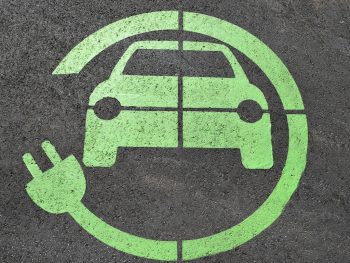 A newly published report on ‘Full Throttle: Driving UK Automotive Competitiveness’ finds that the industry is essential to plans to ‘level up’ the UK and achieve net zero but risks being stranded without a range of actions being taken.

Commissioned by the SMMT and written by Public First, the strategy says the shift to electrified vehicles is the biggest challenge facing the sector and sets out 12 policy proposals to address this and other issues.

While the Government is already working with industry to attract additional battery manufacturing to the UK, the report calls for a binding target of 60GWh of battery capacity be built by 2030. Such ‘gigafactories’ would give British manufacturers the capability to produce up to one million electric vehicles a year and ensure tariff-free access to critical markets in the EU under the ‘rules of origin’ Brexit terms.

It also urges for support for the development of a fuel cell gigafactory with 2GWh capacity to support cars, heavier vehicles and rail units by 2030.

Charging is another area of concern and the report calls for the installation of at least 2.3 million charging points nationwide before the end of the decade and the 2030 ICE ban – ensuring all drivers, especially those without driveways, have the confidence to switch to EVs.

The report’s authors also call for the Government to commission an independent review to holistically consider the long-term future of fuel duty and CO2-based taxes such as vehicle excise duty in a decarbonised sector, while continuing Plug-In Vehicle Incentives beyond their current term and exempt ULEVs from taxation for the next five years.

Manufacturing is also a focus and the strategy also calls for a new ‘Build Back Better Fund’ to transform our existing manufacturing and supply chain, not just in automotive but across other manufacturing sectors.

The report lays out the incentives for such moves. In a best-case scenario with the sector transitioning successfully to a zero-emissions future, the industry has the potential to gain 40,000 jobs this decade. But if left behind, around 90,000 jobs could be lost compared with the central scenario.

Speaking today at the automotive industry’s annual Summit, Mike Hawes, SMMT chief executive, said: “The automotive sector is uniquely placed to help this government deliver on its agenda; to level up, deliver net zero and trade globally. The Government has made clear its support for the sector in its negotiations with Europe, so now is the time to go full throttle and take bold action to support one of Britain’s most important industries.”