Local and regional authorities should have greater powers and involvement, including on EV charging infrastructure, to ensure net zero is delivered. 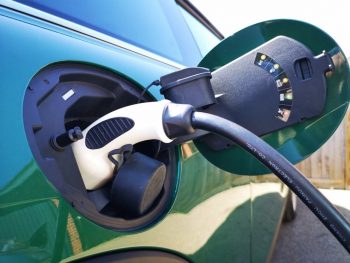 Local leaders and mayors are calling for every local, city and regional authority to be included in designing and shaping the charging infrastructure across their area for public, freight and bus networks

The call comes from local leaders and mayors at today’s (13 July 2021) UK100 summit, which outlines why a ‘Power Shift’ from Whitehall is essential.

Taking place in Birmingham, the international climate change summit has been convened by the Mayor of the West Midlands, Andy Street and the UK100 campaign group, which represents over 100 authority leaders.

The leaders will call for new powers and resources to be devolved from Whitehall to shape local energy markets, decarbonise transport and tackle emissions from homes and offices.

They’re also urging for every local, city and regional authority to be included in designing and shaping the charging infrastructure across their area for public, freight and bus networks.

Other requests include a clear and long-term plan and resources for the decarbonisation of new and existing buildings and homes, and ensuring the new UK Infrastructure Bank has a net zero mandate to deliver local investment in net zero projects.

The above measures would be facilitated by a new Net Zero Local Powers Bill to cement new powers for local and regional authorities alongside new reporting requirements on emissions.

The Climate Change Committee recently estimated that local authorities can influence around one third of the emissions in their local areas through place shaping and partnerships.

The signatories included 32 Mayors and Leaders from major cities and urban areas like the West Midlands, Glasgow, Cardiff, London, Greater Manchester, Liverpool, Leeds, Bristol, Newcastle as well as rural areas like Cambridgeshire, South Gloucestershire, the West of England and Cornwall.

Alongside the local and regional leaders, the conference will be addressed by Alok Sharma, the president-elect of COP26, Kwasi Kwarteng, Secretary of State for Business, Energy and Industrial Strategy and the Mayor of Los Angeles, Eric Garcetti.

Polly Billington, CEO of UK100, said: “We need a power shift from central government to local communities to tackle climate change. Local leaders are more trusted, more accountable and in the case of the UK100 – more ambitious in accelerating the path to net zero.”